The third unpacked event of the year took place today, this time focusing on Samsung’s IT industry. So, South Korea today released four new notebooks that will be part of the Galaxy Book Series.

With this panoply of offerings, Samsung is trying to cater to the needs of many users. We have notebooks known for portability, even for those who want more performance than transport, and for something simpler and more functional.

Both models stand above all for their screens, now with AMOLED technology: variations with 13.3 “inches or 15.6” inches revealed with full-HD 1080p resolution.

The Samsung Galaxy Book Pro points to those with smaller portability. It weighs less than 1 kg (the larger model slightly exceeds that mark) and has a very low thickness.

Domestically, we see laptops coming to us with 11th generation Intel processors. Users can choose between i3, i5 or i7 versions with 8GB, 16GB or 32GB of LPDDR4X RAM. Storage can reach 1TB NVMe SSD.

All three variants will be marketed with integrated Iris X graphics, however, the I5 and i7 models have the option of a dedicated GeForce MX450 GPU. This will be a very favorable option for those who want a product with high graphics capabilities.

It is also worth mentioning that the Samsung Galaxy Book Pro has a version with 4G LTE connectivity, which is suitable for those who want to connect anywhere. If this is not a priority then there is a chance to choose the version with Wi-Fi 6E.

Looking at the Samsung Galaxy Book Pro 360, we have a convertible product, which can be laptop or tablet. This will contribute to its hinge, which will allow it to rotate 360 ​​degrees.

This means that the model comes with a touch screen and still supports the S Pen. With the same configurations as the model above, it is these parameters that greatly highlight this model of your brother.

Still, the Galaxy Book Pro 360 benefits from the option of a 5G connection that no other model offers. As long as this network standard is secure, it will be even faster to connect to the Internet from home.

Both models have two batteries depending on the screen size selected. The smaller model is fitted with a 63Wh cell, while the larger model has 65Wh. Both will be charged at 65W via USB-C.

If you are looking for power in your next notebook, this Galaxy Book Odyssey would be a great choice within this range. This model sacrifices little of its portability and elegance to give us more performance.

In terms of processing, we have 11th generation Intel i5 or i7 processors. Graphics performance is up to GeForce RTX 3050D Max-Q or 3050 Max-Q graphics.

This model does not provide LTE connectivity, thanks to the integrated RJ45 port WiFi or Ethernet. To support everything, there will be an 83Wh battery with 135W charge via USB-C.

In a direct change, this Samsung Galaxy Book Odyssey was announced for € 1156. However, this price will go up if it is officially sold in Europe.

The Samsung Galaxy Book is the simplest model in this range

To close what Samsung has to offer today, we have the Galaxy Book. This is the entry model of this family, which is very simple and aimed at users who want a basic notebook.

As a result, the Samsung Galaxy Book comes with a 15.6 “inch LCD screen and full HD 1080p resolution, varying only between 4GB and 16GB, as well as adjusting its internal storage to a maximum of 512GB. 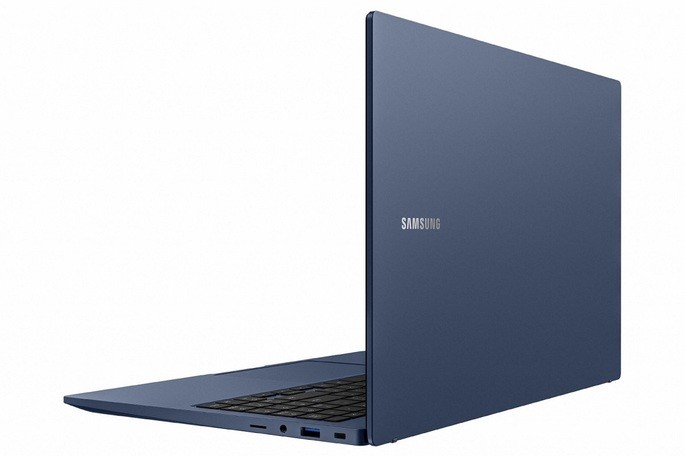 Nevertheless, this Galaxy book comes with the same 11th generation Intel processors as the Galaxy Book Pro. For those who want to save even more on the value of the notebook, there is the option to choose the Pentium Gold or Celeron processor.

Although listed as the most basic of this family, the Samsung Galaxy Book offers LTE connectivity and traditional WiFi 6 connectivity. Its battery is 54Wh, which charges USB-C at 65W.

This model will be sold from 80 680 in its Core i3 version, and may reach 50 1150 with i7 and LTE. It is important to note that the four models released today, we still do not know whether they will officially arrive in Portugal.