Vivo has filed a patent application with the World Intellectual Property Office (WIPO) for an integrated flying drone equipped with two to four cameras. If this project ever works on a model, it is the first time. 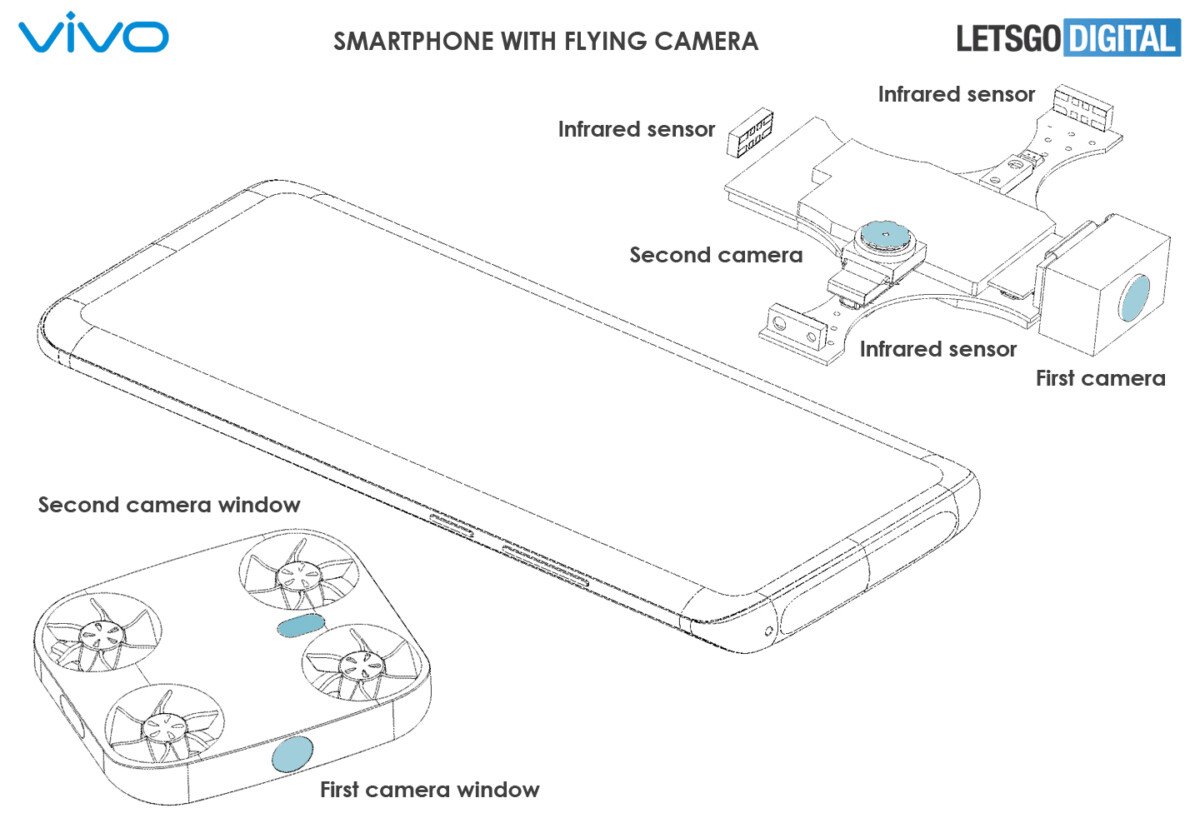 Vivo is trying to innovate The Chinese trademark will once again prove it if it ever realizes the idea found in filing a patent application.

This text, discovered by Let’s Go Digital, was filed on July 1, 2021 With the World Intellectual Property Office (WIPO) It offers a completely classic smartphone design at first glance. But on closer inspection, the surface of the smartphone completely obscures the innovative device: Detachable flying camera.

This drone is equipped with two photo lenses, One on the edge, the other above. Two other custom cameras can be added.

To move and capture better angles, the mini drone will have four propellers, three infrared proximity sensors (to avoid collisions) and a battery. As a precursor, the piloting of the engine has to be done directly via the smartphone, and we can even use it Wind gestures Run it.

There are already such flying cameras dedicated to selfies Airbnb, But its 10 cm thickness prevents it from fitting into any smartphone shell. So the actual job of the miniaturization would be to integrate a drone directly into the smartphone, not to mention the storage space on other components of the phone.

Keep in mind that a patent application does not mean that the concept presented in the application will one day be fulfilled, or integrated as a prototype. For the brand, it is above all a question of securing an idea or research work.