Bagpipe, tree trunk throw, whiskey, kilt – we are at SCHOTTEN TOTTEN 2 in beautiful Scotland, where the neighborhood is still very important. We sincerely try to tear down the wall of the neighbor’s castle while gently pouring boiling oil.

IELLO has made SCHOTTEN TOTTEN 2 available to us for review.
This does not affect our rating!

Do we really want to know what’s under the kilt?

SCHOTTEN TOTTEN 2 is a two-player card-based asymmetric game where you fight for a castle, which is represented by seven wall tiles in a row. Attacker: Inside and Defender: On opposite sides. 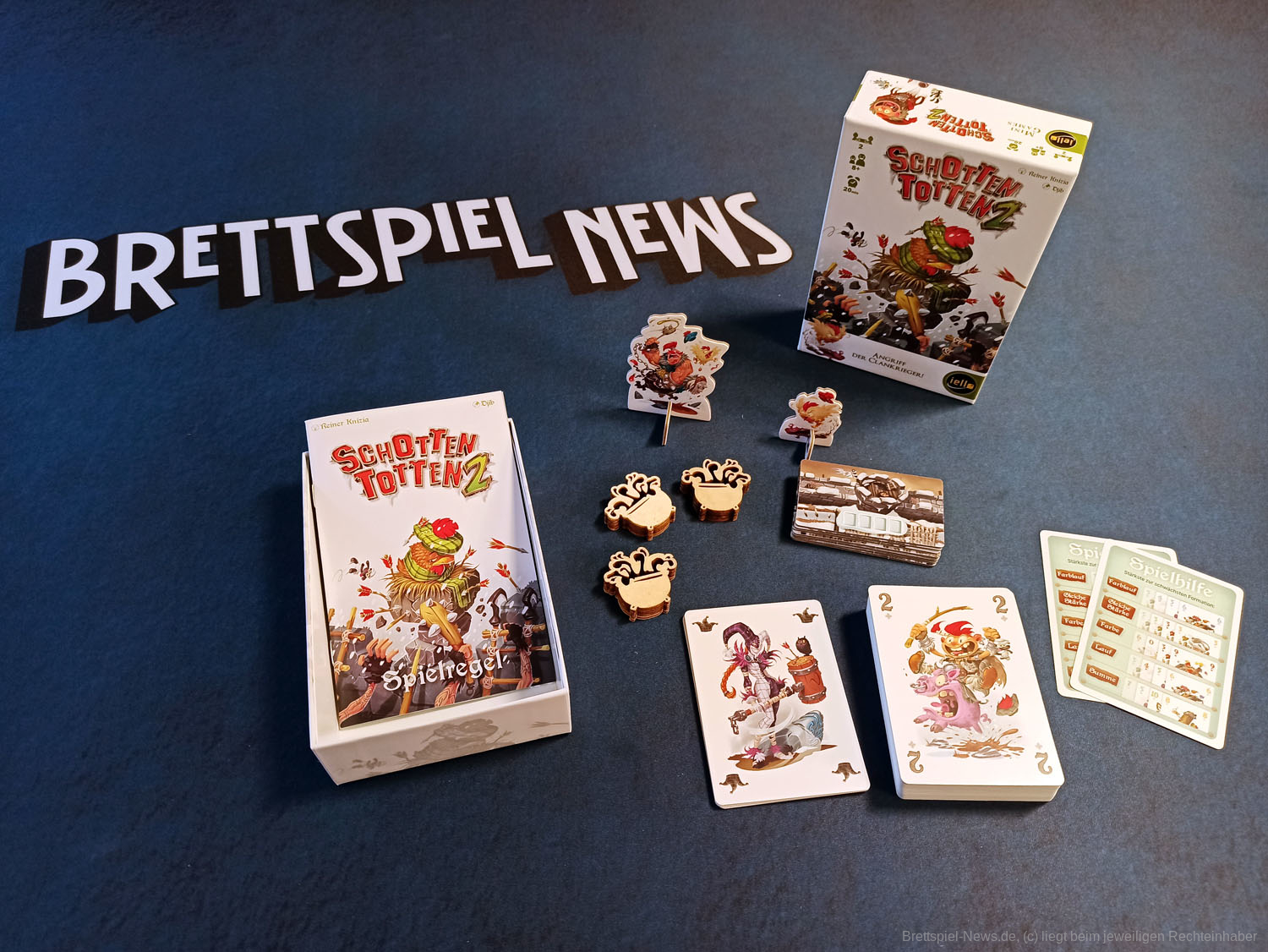 Players start with 6 cards in hand, you can play one of them in turns under one of the castle wall tiles and draw a card again. The cards display the numbers 0-11 in 5 different colors, with each card appearing only once.

The attacker’s goal is to defeat either a single 2x or 4 1x different castle tile. If that doesn’t work until the draw pile is used up, the defender wins: in.

In order to successfully attack the castle wall slab, a suitable formation must be placed under it. Each castle tile specifies the number of cards required (2-4) and the deck type listed below in ascending order: 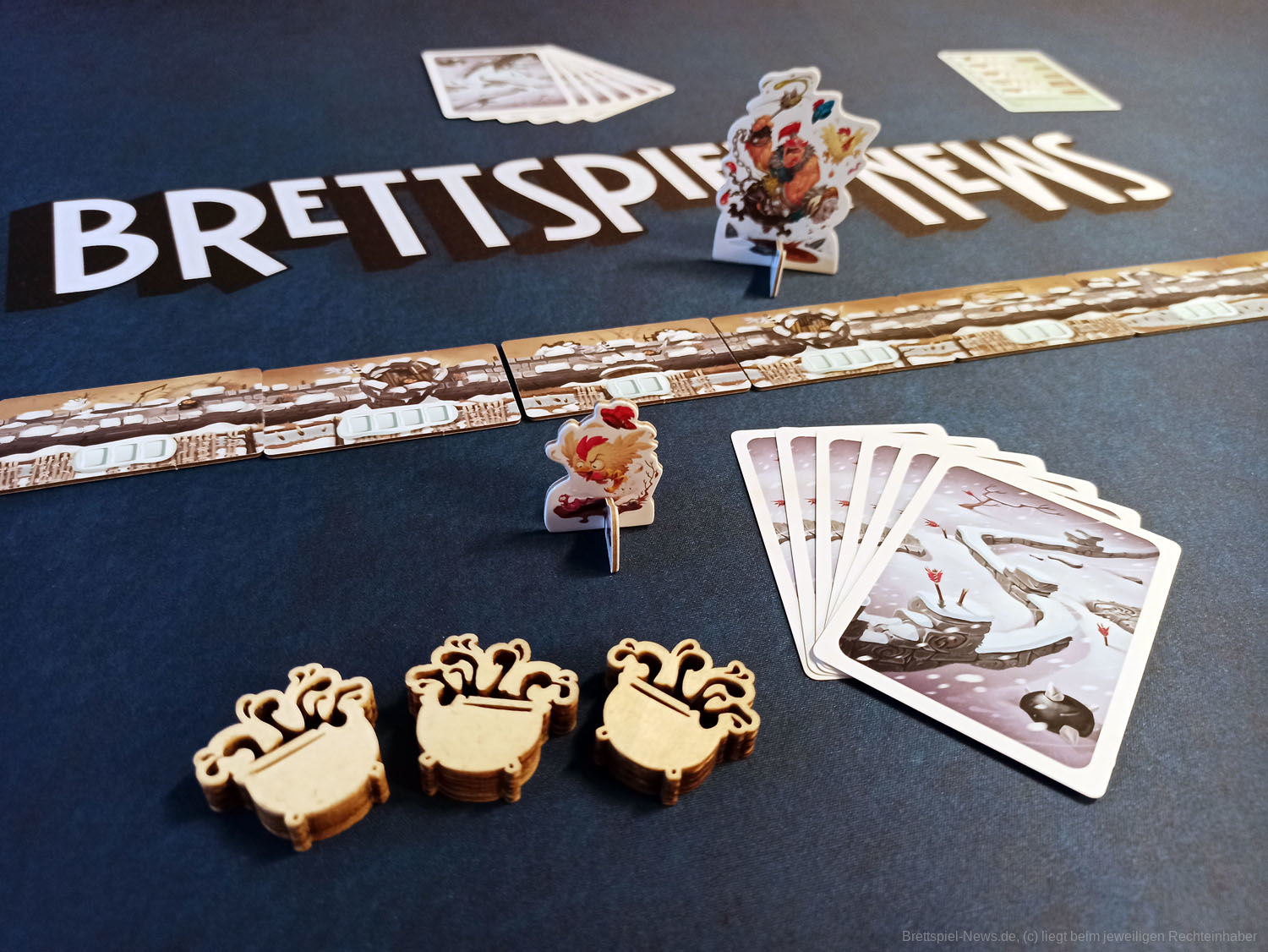 Most tiles allow any of the decks listed, and some only allow you to choose between two specific decks. A high-quality composition always outperforms the inferior. If the configurations are identical, the total value of the cards will be calculated. The order in which the cards are placed is irrelevant to the formation, but should not be changed. Some castle wall tiles require the least amount possible.

See also  A poetic ray of light in dark times

If there is a full formation on the attacking side, then this castle wall tile round can be announced. For this, it is necessary to establish that the defender can no longer use the cards that are still available to offer a formation of higher value. If this is successful, the castle wall tiles are flipped and all adjacent cards are discarded. On the back there is a new requirement for shaping. 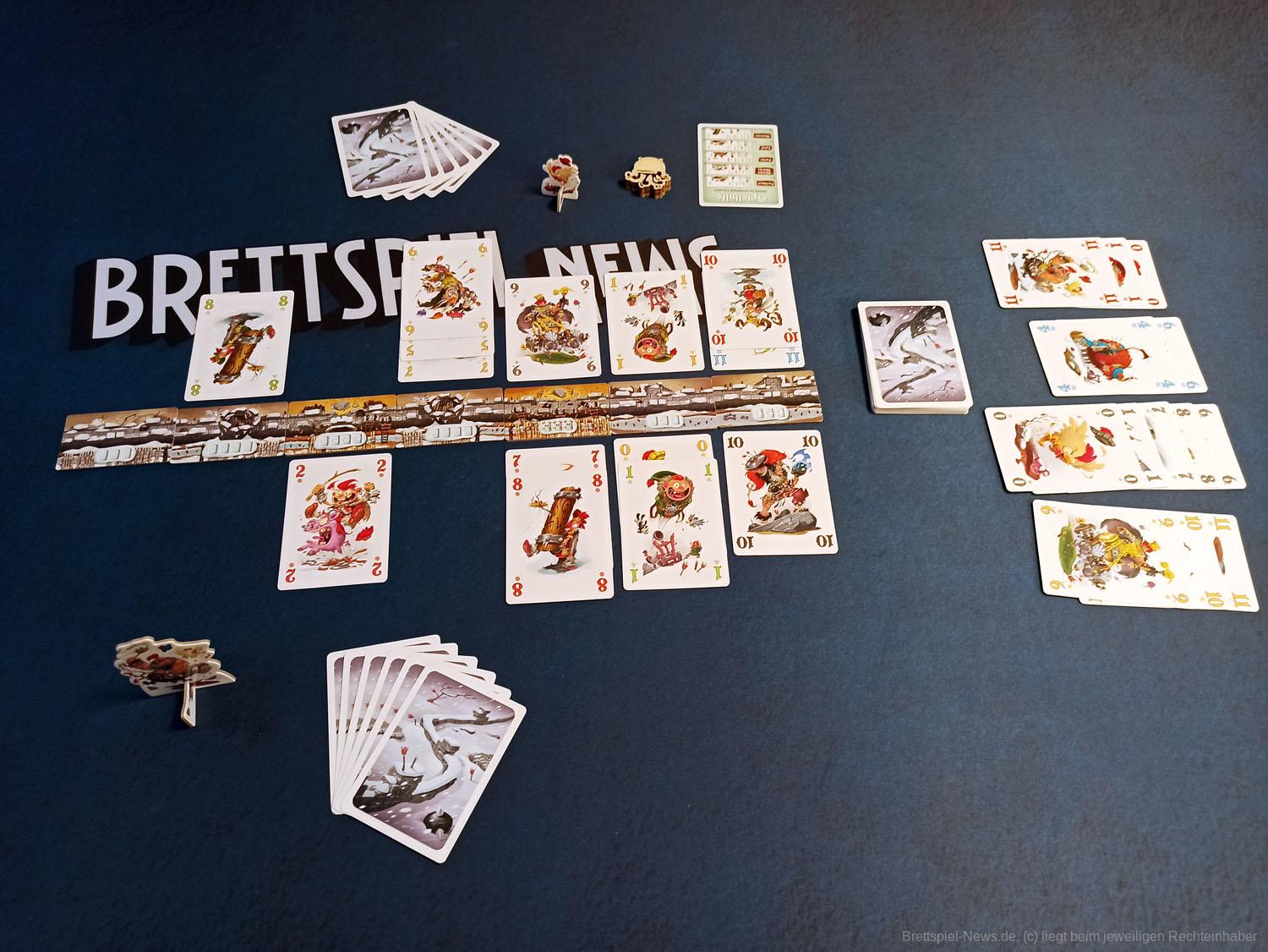 Both players also have a special skill that they can use at the beginning of the turn. The attacker can get rid of all the cards in front of the castle wall tiles, and the defender can use a kettle of boiling oil up to 3 times to get rid of the opponent’s first card: in.

As an additional special effect, all players can get rid of an 11 card played from opponents: and vice versa by getting rid of 0.

For advanced players, there is also a variant in which additional tactic cards are used, which can be drawn instead. However, only one tactic card can be played more than the opponent’s card: the in. There are, among other things, joker cards of the color and strength of your choice and business cards that allow you to play a discarded card, for example, or change aspects of its playing card.

The well-filled small toy box feels high quality and is printed with a UV spot paint, visually emphasizing individual areas. The game components make a good impression, but above all the funny illustrations on the cards are impressive. The castle wall tiles are made of cardboard, and the boilers with boiling oil are made of wood. 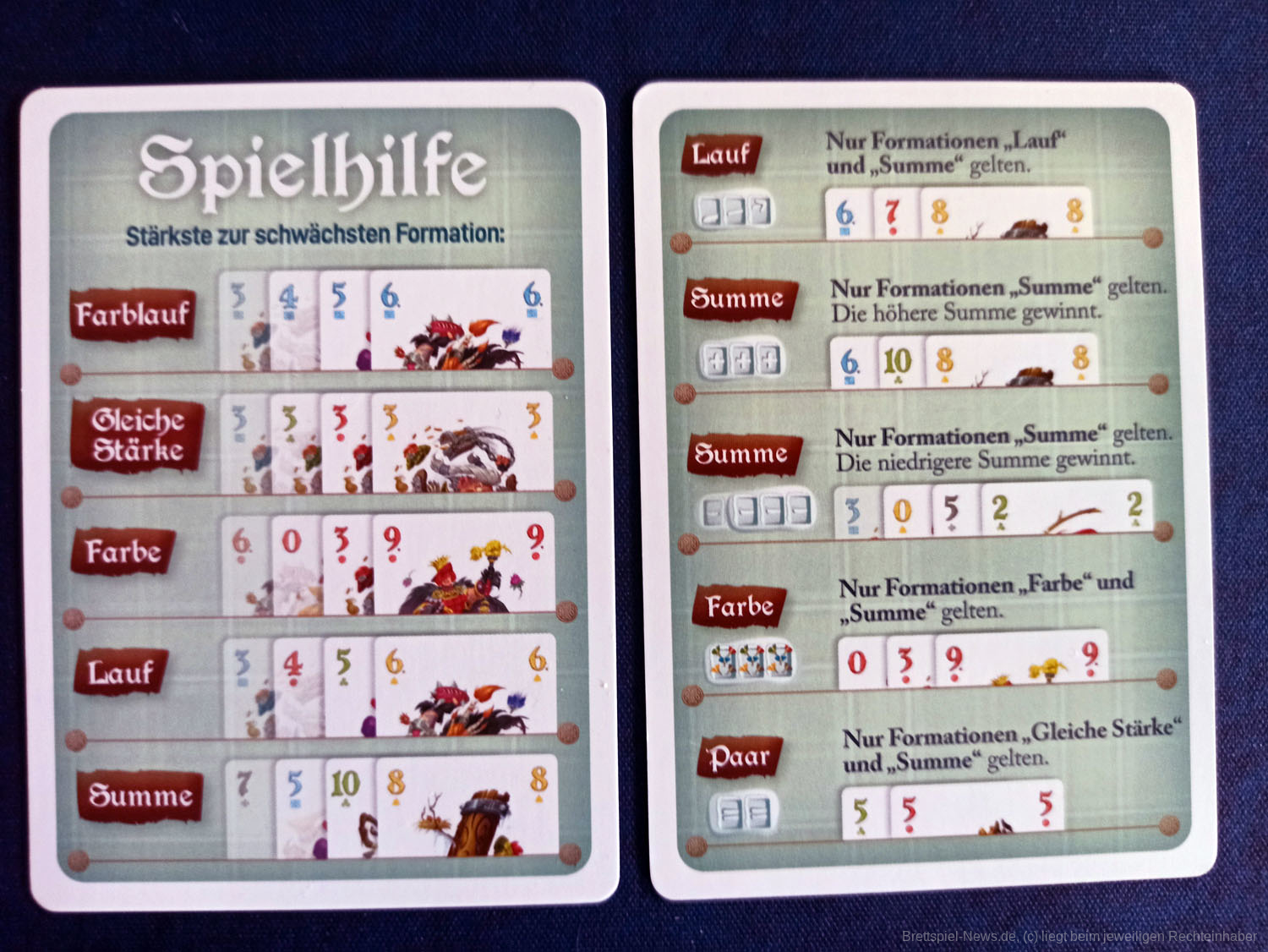 The instructions describe the clear rules well. In-game utilities ensure that instructions are not needed later.