The ancient Empire of Kitara on the Great Lakes of Africa was destroyed by crises and disputes. The major cities of KITARAS are now in ruins, giving an idea of ​​the splendor of the former empire. But in the new era, many courageous rulers set out to rebuild Kitara and reunify the mighty empire. Go your way and become the new ruler of Kitara!

IELLO KITARA made it available for us to review.
This does not affect our rating!

Two to four rulers of independent kingdoms embarked on reunification of Kitara. Each kingdom is trying to fend off its rivals. Each ruler receives a player board of their own color and corresponding numbers and a kingdom card with the number 0. 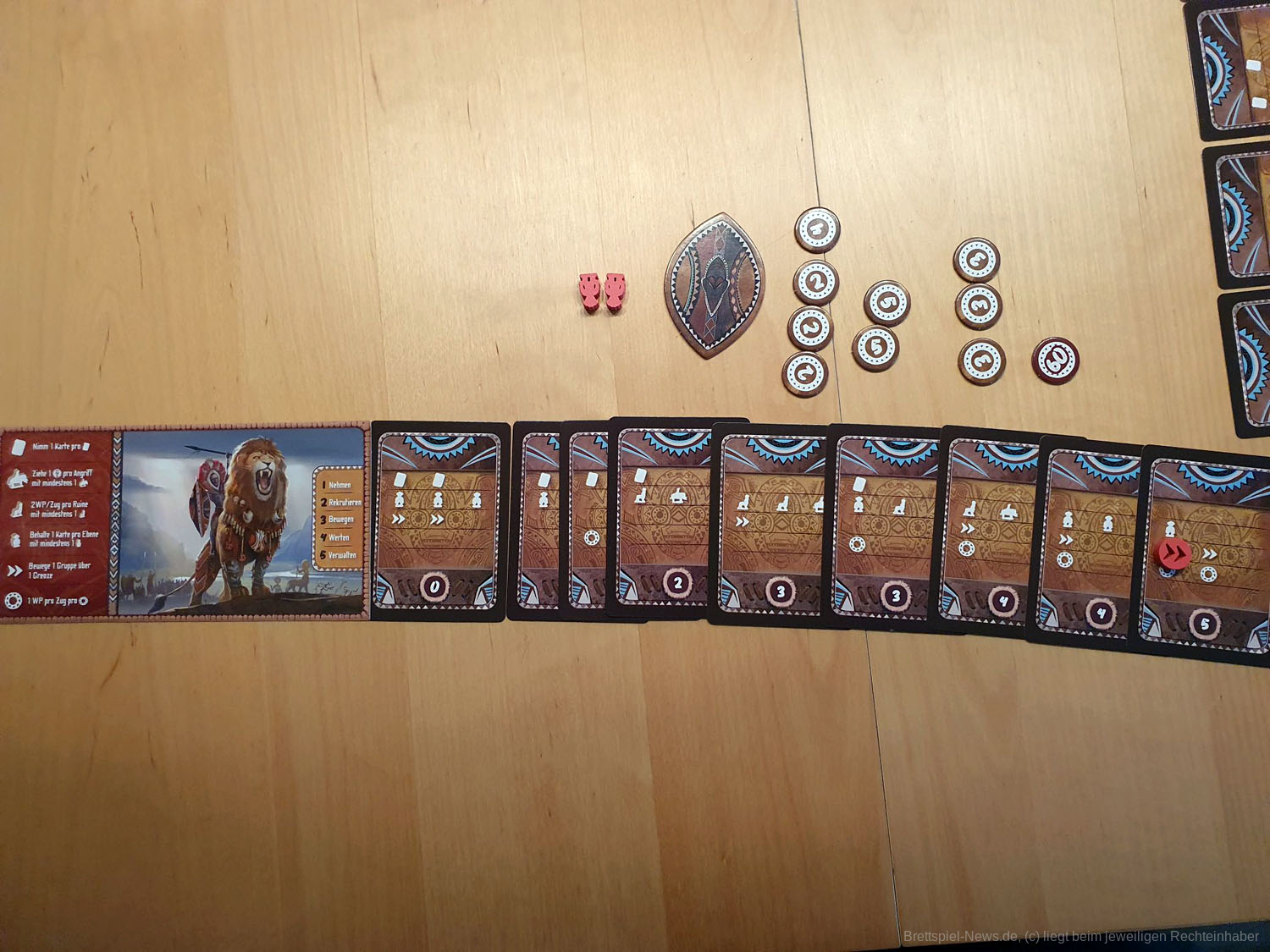 The game board is placed in the middle of the table and each player, starting with the starting player, places three of their fighting characters in an unoccupied starting space.

The 39 tokens of the hero are placed in the beanbag.

It is played in either the blue or the red of the Kingdom cards. The blue deck is especially suitable for the first game as a presenter, after which you can play with the red deck.

Kingdom cards are placed on the game board. 6 The Kingdom Cards are stacked face up, and the other cards are arranged as a draw pile.

The starter player starts and performs the following five stages one by one in turn: 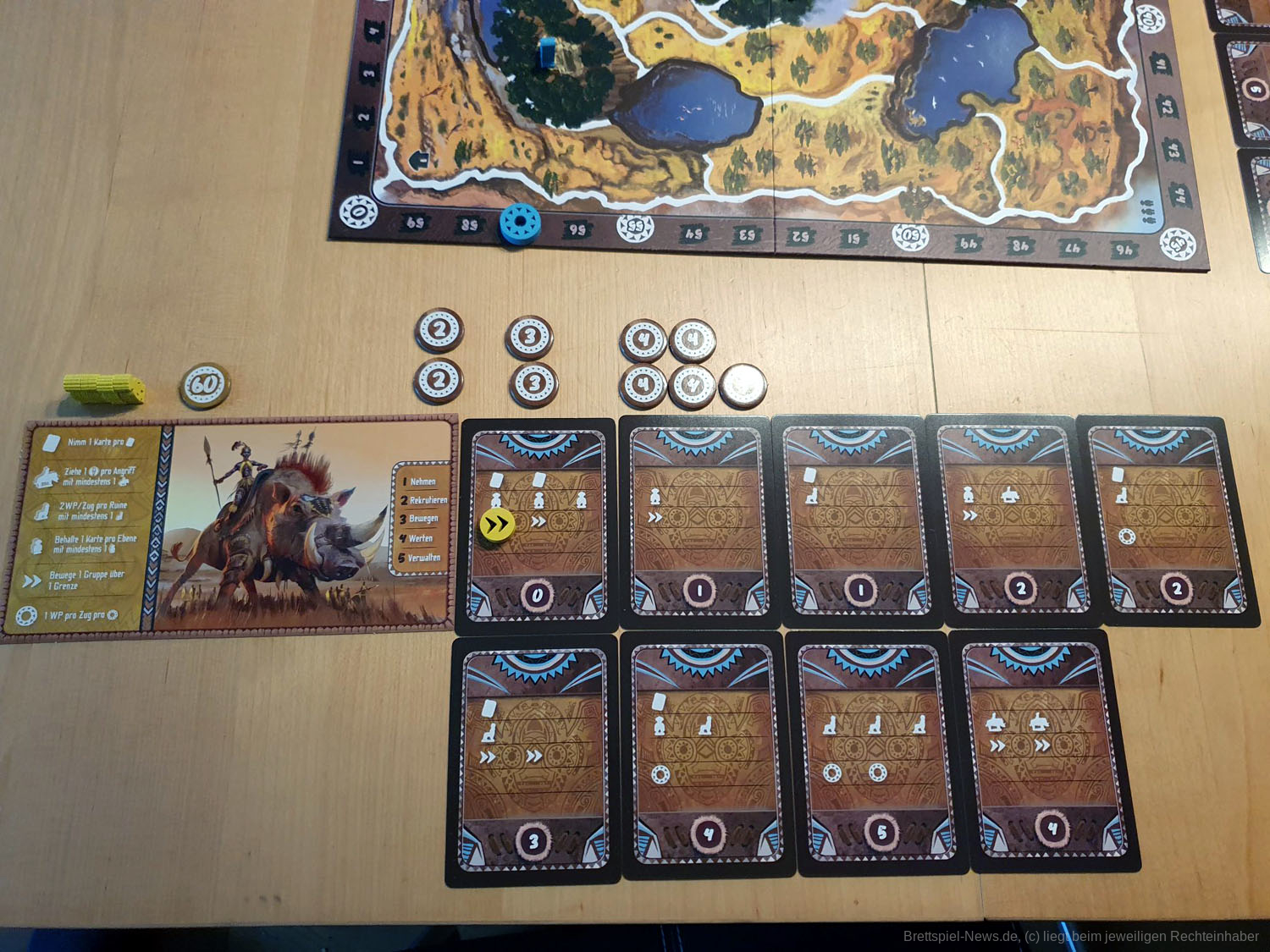 The five stages in detail: 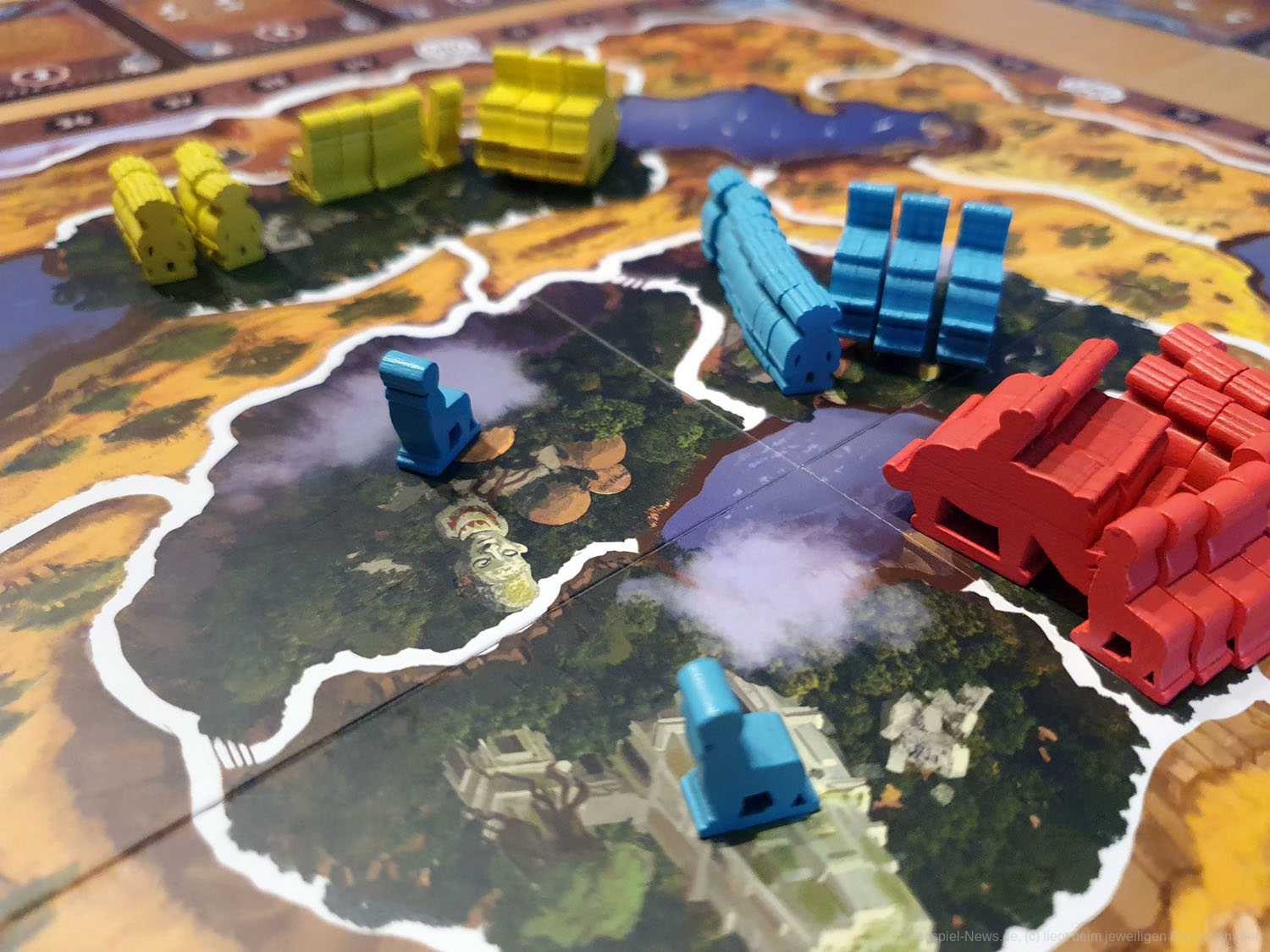 If at the end of the round the player does not feed all his cards through the grain or savanna tokens, then many cards must be removed from the deck so that only the number of kingdom cards remain that the player can feed.

KITARA’s new ruler is defined when the Age 5 card is revealed during the “Take Cards” phase. This leads to the end of the game. However, the game will continue until all players make the same number of moves. Then each player has one final move.

In the final scoring, all marks of the champion are revealed and victory points are scored on the track. There are also 2 victory points for each kingdom card still on display in your special deck. The player with the most winning points wins the game and becomes the new ruler of KITARA!

The material is very good quality. There are two different game boards, one for 3-4 players, the other for two players. Plans are individually adapted to the courses and points to be achieved. Hero tokens are made of sturdy cardboard. The warrior figures are in four colors made of wood and have a lovely filigree design. However, it is not clear exactly what the numbers are supposed to represent. Ruling animals and heroes are very creative. The ruling animal does not look like a majestic animal, but rather looks a lot like a seal balancing a ball on its nose. 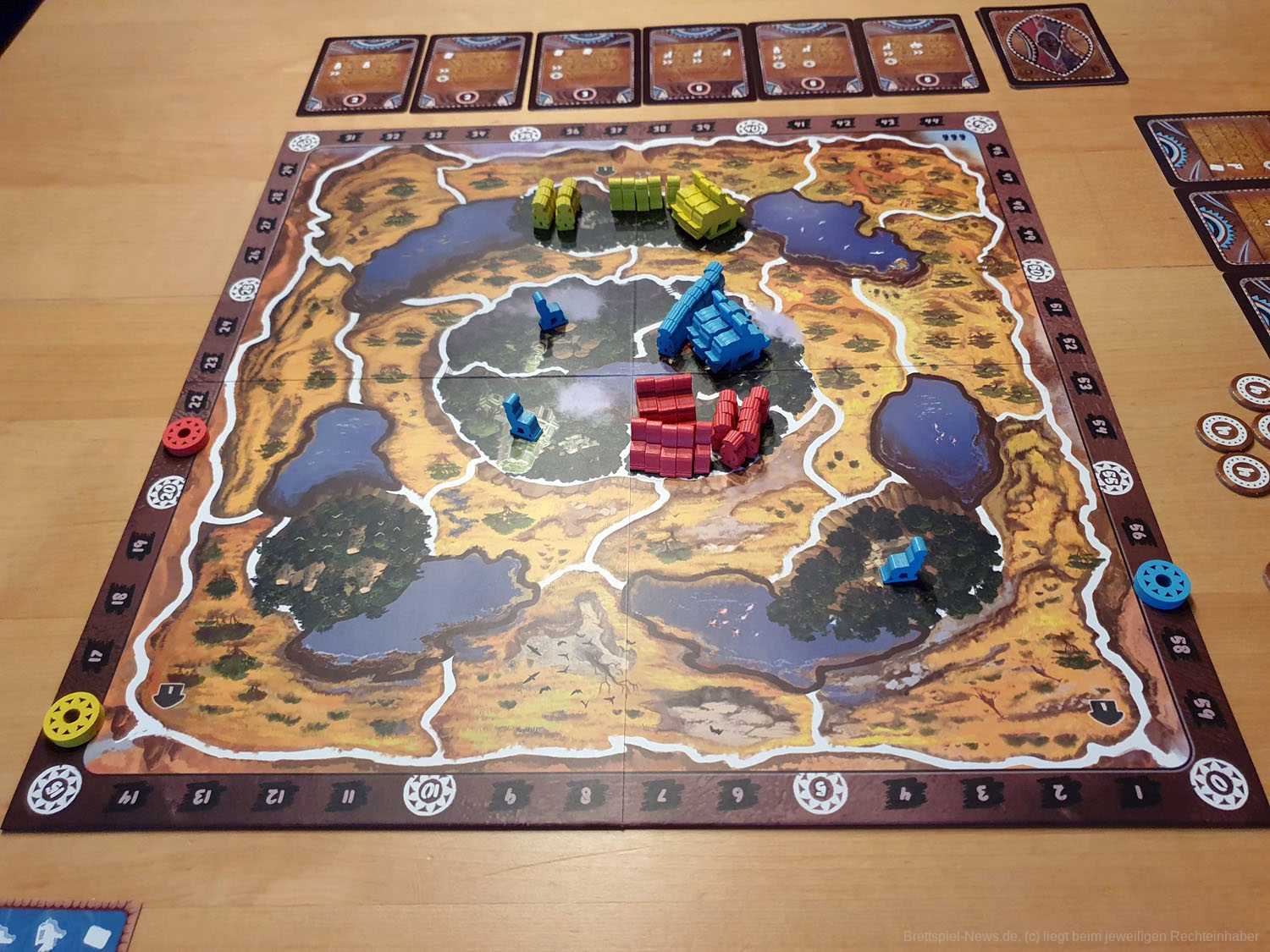 On the other hand, the operator panels are only made of thin cardboard. Somewhat thicker materials would have been nicer here, but it does not affect the course of the game. Warrior cards clearly show the five possible actions with their symbols and are placed against the other cards in such a way that the individual actions can be clearly distinguished.

The game instructions are short 7 pages and explain the game structure and path very well and with lots of pictures. The individual procedures are described in detail. Immediate entry to the game is possible.