A new study by MYI Entertainment and Link examined the video game consumption of the population of Switzerland and divided the Swiss gaming country into different types of gamers.

last October MYI Entertainment She studied the behavior and motivation of Swiss gamers in collaboration with the social research firm Link. The aim of the “Gaming Nation Switzerland” study: to understand how and why people in Switzerland play video games. A total of 1,025 people between the ages of 15 and 79 were interviewed between 4 and 10 October for this purpose.

According to a press release, the findings “provide profound insights into video game consumption in Switzerland.” For example: about four million gamers between the ages of 15 and 79 live in Switzerland. Half of them play daily or several times a week. But there are “different types of gamers” who like different games and don’t always spend the same amount of money on games. These types are:

More Twitch than Youtube, and more portable than consoles

According to the declaration, the gaming country of Switzerland can be described as follows:

The numbers show that the number of players in Switzerland has remained the same or at least increased slightly compared to last year. In 2021, two studies show a similar number – according to “Gaming Atlas Switzerland 2021”, almost half (44%) of Swiss describe themselves as gamers and play at least five hours a week. At Study “eSports Switzerland 2021” In ZHAW the figure was slightly lower: 41.7% of the Swiss population play video games at least once a week. The current MYI study emphasizes the importance of tablets and mobile devices, which was previously mentioned in “Gaming Atlas”. 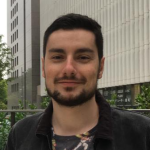 It was the Nintendo 64 under the Christmas tree that sparked his lifelong love of video games. Since then, Federico has been involved in all things gaming. Only the occasional search for Playstation trophies distracts him.