Microsoft is betting on integrating new settings into Windows 11. Since Linux was already there from the previous version, now it was Android’s turn to take advantage of it, along with its applications.

This unique moment has come in the meantime, opening up this novelty to some users. Now that it is available, some new features are starting to come out. The biggest thing is that they have already managed to run Android’s Google Play Store on Windows 11.

Microsoft wants to have tight control over the implementation of Android within Windows 11.

To prove this, it limited access to only one App Store, which is not even the best one. The choice fell on the Amazon store, which will be ready to use directly, transparently and directly for your new system. 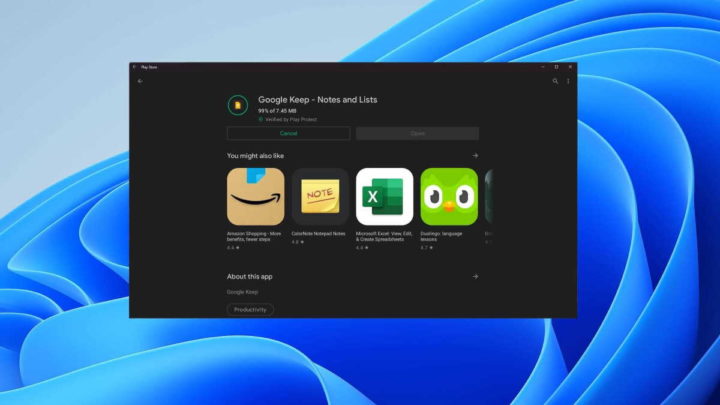 Of course, as soon as it was made public, the race began to get more and more out of this Windows 11 subsystem. They wanted to explore and understand how Microsoft could get even more out of Android that it has integrated into its new system.

Even before the WSA was released, one of the achievers had opened the door to something they loved so much. Google's store is a must have, although Microsoft does not want to add it. It has now been achieved and Windows 11 can now run the Google Play Store on Android.

For now, as you can see in the video above, this is not a simple and accessible process for everyone. Of course it will be upgraded, and soon, installing the Android Google Play Store on Windows 11 will be as simple as clicking on one that can run or running certain commands on the computer.

Anyone who wants to test this new feature can follow Instructions on GitHub, Not yet accessible to everyone. This is a big change and will definitely open up access to many applications.