On October 1, 2022, the National Aeronautics and Space Administration (NASA) celebrated its 64th anniversary. In line with this, NASA has reintroduced a special page released on the official Twitter to mark the 30th anniversary of the Hubble Space Telescope (in 2020).

*NASA was established on July 29 as a US government agency, and officially launched on October 1.

This special page allows you to see which celestial body was captured by the Hubble Space Telescope on that day when you specify your date of birth, and not only the image but also the name of the celestial body and a brief explanation are displayed.

Check out what the space telescope saw on your birthday: https://t.co/oHvXXpIzjg pic.twitter.com/58KjYSNxVO

The editorial department immediately tried it.

Use is very easy, just access the private site and choose your birthday from “Select your birthday”. You don’t need to do anything annoying, like register.

After selecting, just press the red “Submit” button to see the celestial image of the day.

When I entered on October 12th as a test,Orion Nebulahas been shown. This image is from the Hubble Space Telescope.Advanced comet-catching camera (ACS)And at the La Sia observatoryMPG/ESO 2.2 m telescopeIt’s a combination of data from “”, which is a very attractive piece. 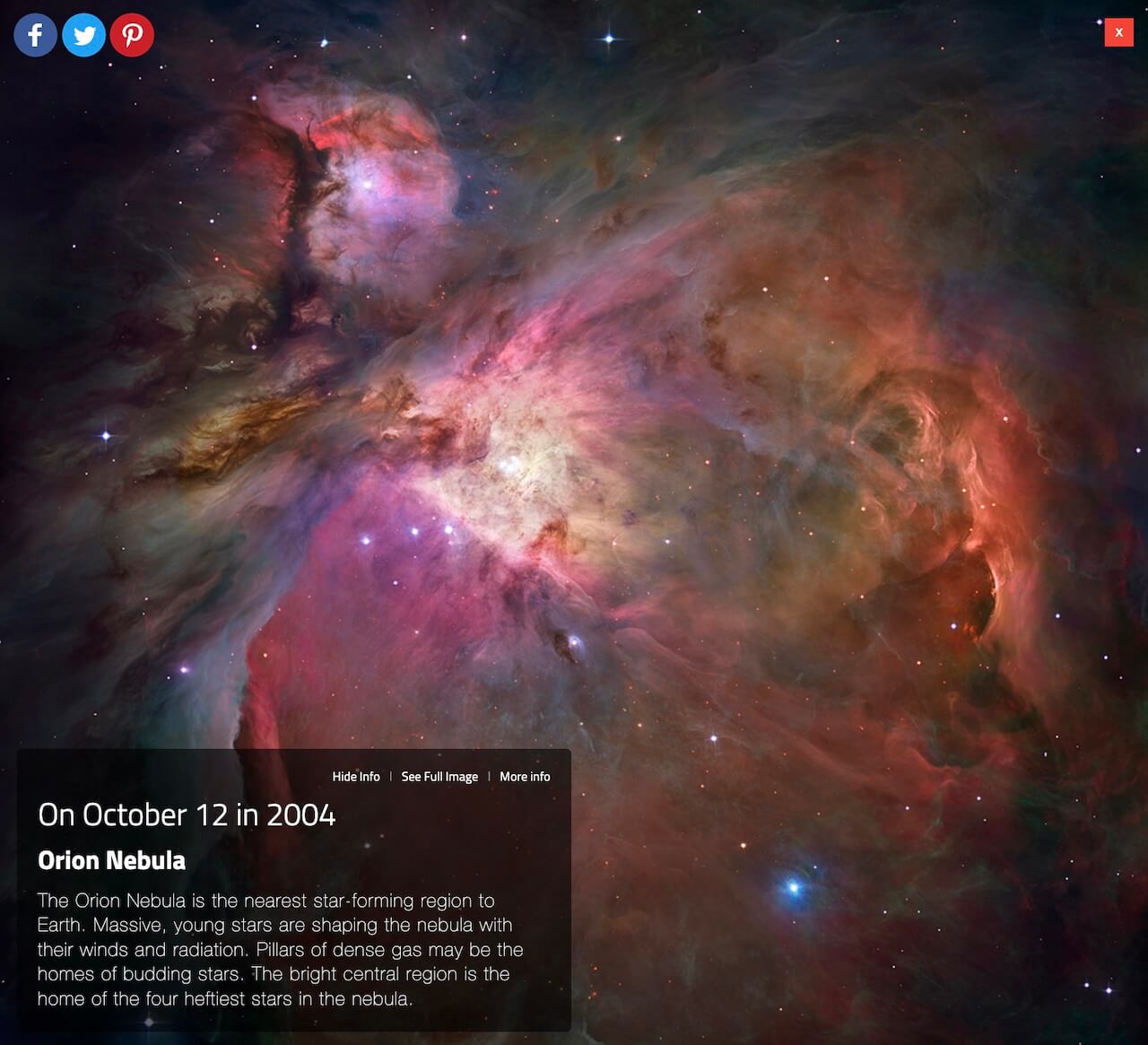 You can also share the displayed content on SNS, and you can download high-resolution images from the NASA detail page that opens by clicking “More Information” in the explanation window.

Note that,365 photosready andOne picture is assigned to each birthdayit has been. Also, the private page”What did Hubble watch on your birthday?By downloading the list (xlsx file) posted on “, you can check the information of all dates at once.

Check out the orbs depicted on your birthday!