Webb continues his path to becoming a focused observatory. The team successfully worked through the second and third phases of a total of seven phases of mirror alignment. With the completion of these two phases, called Segment Alignment and Image Stacking, the team will now begin making smaller adjustments to the positions of the Webb mirrors. 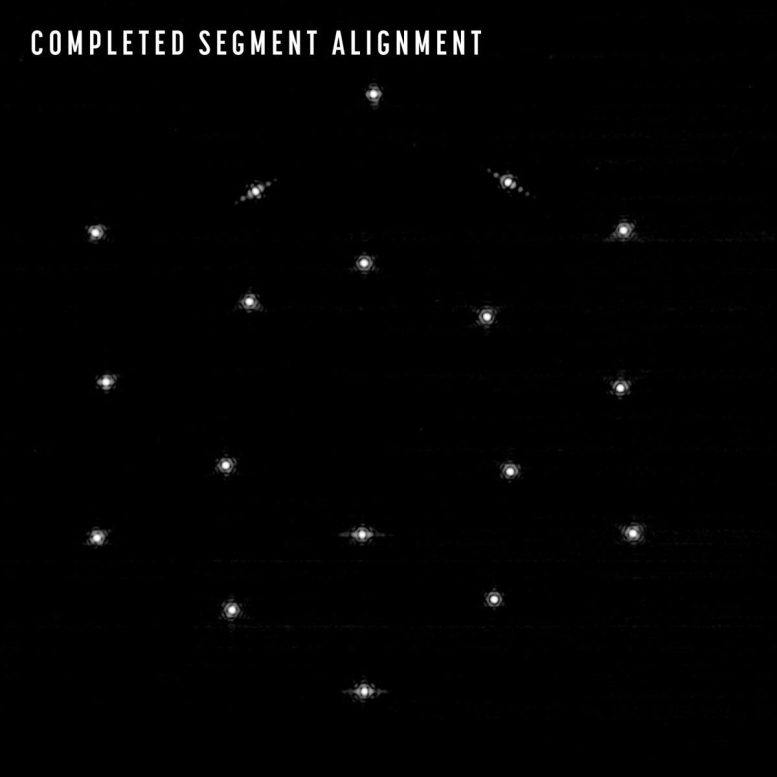 After transferring what used to be 18 scattered points of starlight into Webb’s distinct hexagonal formation, the team refined the image of each mirror segment by making slight adjustments, while also changing the alignment of the secondary Webb mirror. Completing this process, known as Segment Alignment, was an essential step before the light from all mirrors interfered so that they could work in unison.

This gif shows the ‘before’ and ‘after’ images from Segment Alignment, when the team corrected the large positioning errors of its primary mirror segments and updated the secondary mirror alignment. Credit: NASA/STScI

Once Segment Alignment was achieved, the focused points reflected by each mirror were then stacked on top of each other, delivering photons of light from each segment to the same location on the NIRCam sensor. During this process, called Image Stacking, the team activated groups of six mirrors at a time and instructed them to reset their light to overlap, so that all points of starlight overlapped each other. 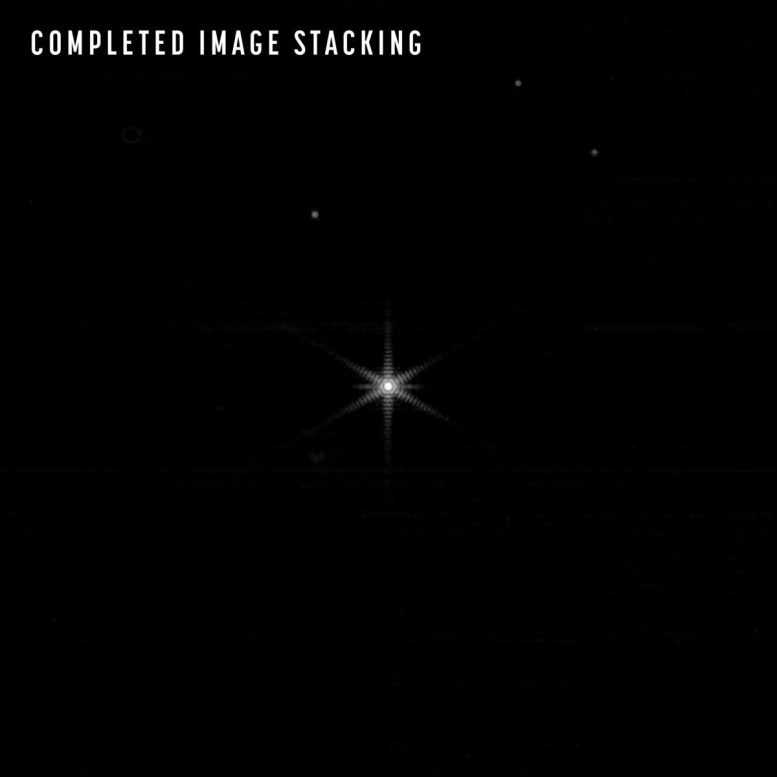 During this phase of the alignment known as image stacking, the individual cross-sectional images are moved so that they lie precisely in the center of the field to produce one uniform image instead of 18. In this image, all 18 segments are on top of each other. After future alignment steps, the image will be clearer. Credit: NASA/STScI

said Lee Feinberg, director of Webb’s Optical Telescope Element at[{” attribute=””>NASA’s Goddard Space Flight Center. “Years of planning and testing are paying dividends, and the team could not be more excited to see what the next few weeks and months bring.”

See also  Book review "From the Stone Age to the Internet"

Although Image Stacking put all the light from a star in one place on NIRCam’s detector, the mirror segments are still acting as 18 small telescopes rather than one big one. The segments now need to be lined up to each other with an accuracy smaller than the wavelength of the light.

The team is now beginning the fourth stage of mirror alignment, known as coarse gradient, in which NIRCam is used to capture spectra of light from 20 separate pairs of mirror segments. This team helps identify and correct vertical offsets between mirror segments, or small differences in their heights. This will make the single point of starlight gradually more intense and focused in the coming weeks.