The dice – set – zap! Roll your dice into the arena and try to get the most number of dice with the same number. Everything is allowed in STRIKE, but be careful to keep a close eye on all players’ dice, because the tide can turn quickly. Barely as many dice left? Who knows if this will still be the case in the next round. Ravensburger has made STRIKE – DICE GAME available for us to review. This did not affect our rating.

RAVENSBURGER is kind enough to make STRIKE – DICE GAME available for us to review.
This does not affect our rating!

What happens in the arena?

Things are fast on strike. Depending on how often the game ends, each person receives between five and eight dice. The object of the game is: to be the last person left with dice. On your turn, you roll at least one dice into the ring. This cube can either be gently dropped, tossed or thrown at full speed. Anything is allowed as long as the dice remain in the ring. If the dice fall, it will be removed from the game. 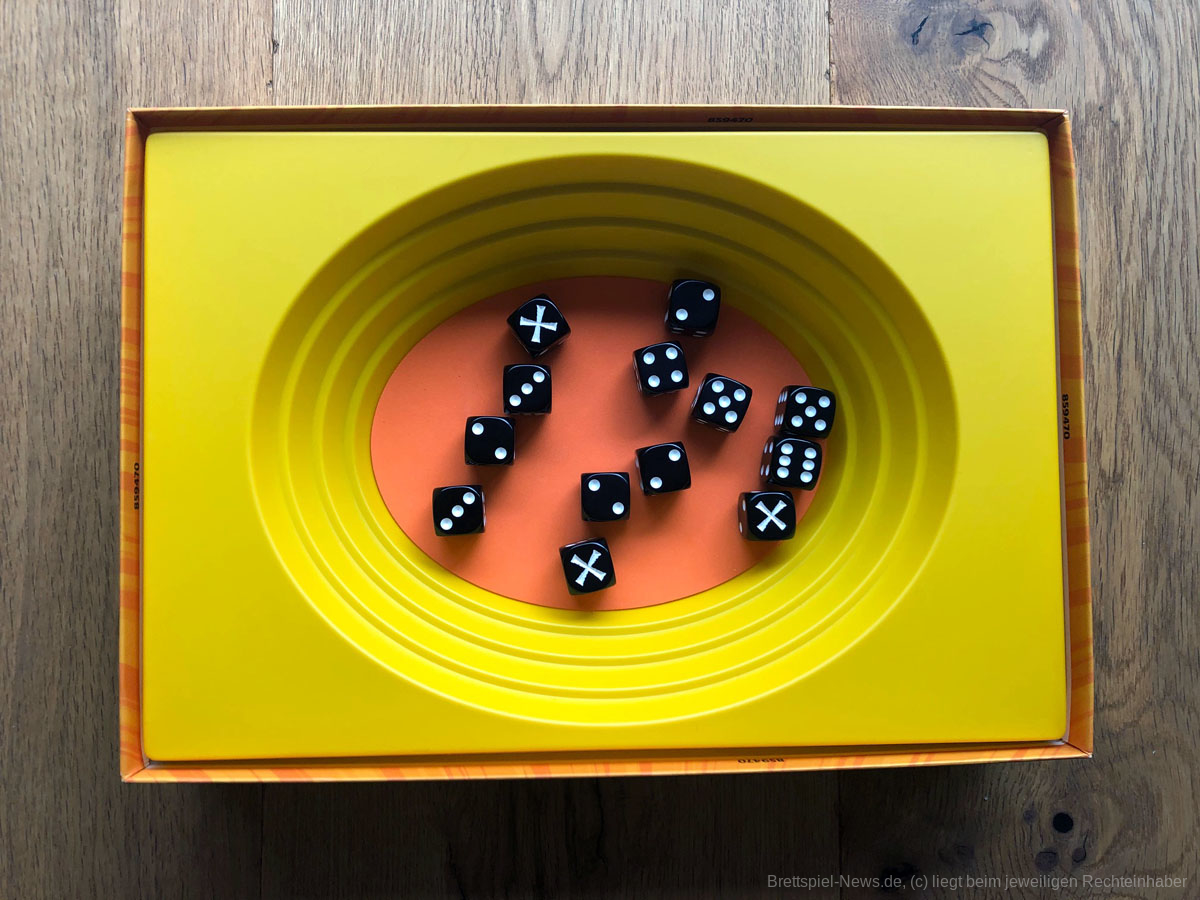 After each roll, a check is made to see if an “X” is pointing up – these dice are immediately removed from the game. Further, the numbers were considered. All dice with the same number can be taken out of the ring and returned to your roll. All the dice with different numbers remain in the ring and the next one is the next. Again you can decide how many dice you are going to play in the arena.

See also  ▷ This Talks to the Bones - Biographical Thriller

However, if the arena is empty and there are no dice in it, the active end of the game must throw all the dice from its own source into the arena. All those who run out of dice are eliminated immediately and get the most negative points as at the end of the other game. Depending on how many games you agreed before the start, at the end: the one who wins and the one who collected the fewest points will win.

STRIKE material is delivered in a box, which also serves as an apron. There is a foam mat in the square so that the dice are better fixed. A total of 26 cubes are provided, which are stored in a plastic bag. 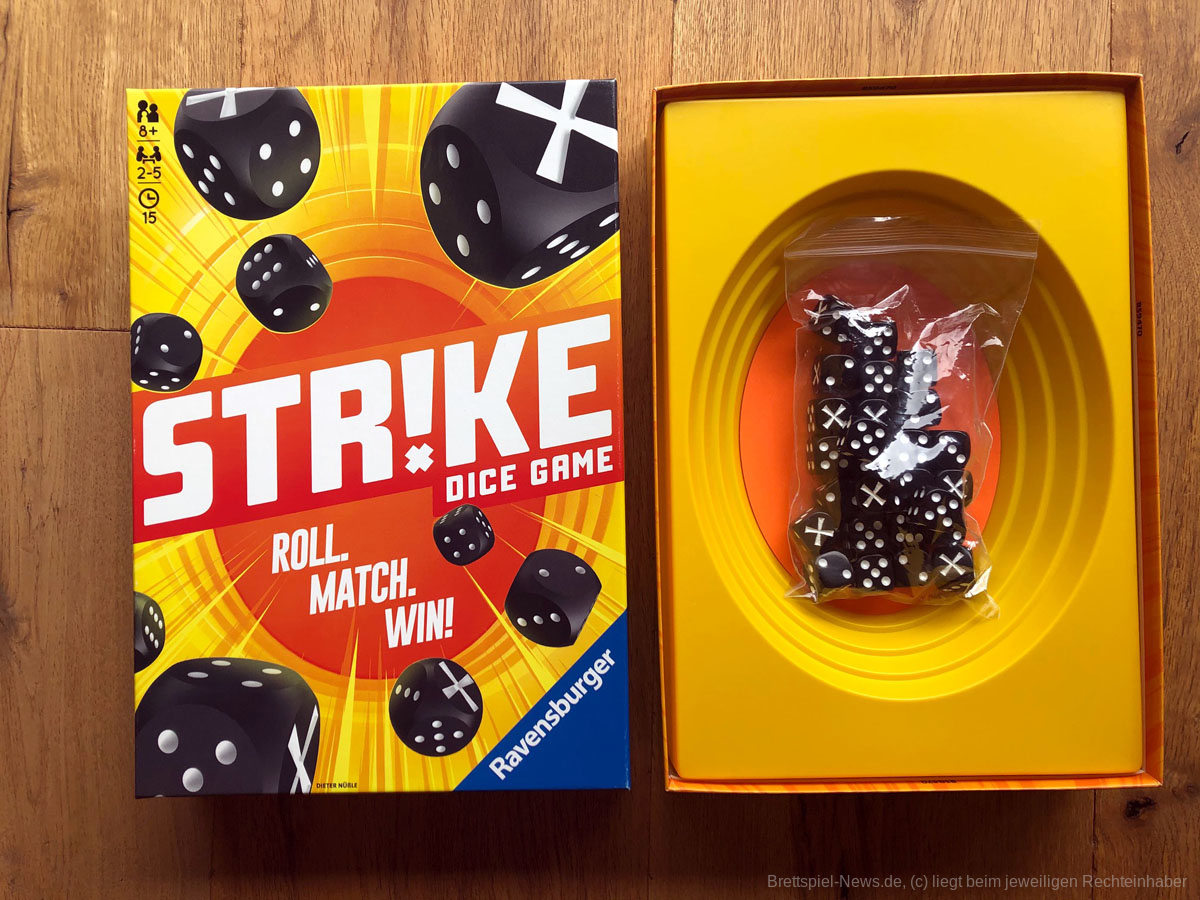 Instructions are available in six languages: English, German, French, Italian, Dutch and Spanish. It is written very clearly. The three pages can also be read very quickly, so you can get started right away.