Netflix is ​​currently the most popular movie and series streaming platform. But we recently learned that the service may be about to expand its offering by integrating games as early as 2022.

In this sense, there is now more news that the streaming of games on the platform will take place through a partnership with PlayStation.

We told you last week that Netflix will expand its business into the gaming sector as well. To that end, the platform has already appointed Mike Verdo, a former CEO of EA Games and Facebook, as its vice president of game development.

Of course, once everything is better defined, the company will have many strong competitors. However, information indicates that the Netflix gaming segment will arrive as early as 2022. Interestingly, after the news was announced on the website BloombergShares of the streaming platform rose 3.3% to $566.

Netflix prepares to partner with PlayStation to stream games

Recent information now indicates that Netflix will partner with Sony's PlayStation to create a gaming service. This rumor gained traction after a data extractor from the Netflix iOS app revealed images linking the two companies.

One of these images shows the cover of the action-adventure game Ghost of Tsushima, distributed exclusively by Sony Interactive Entertainment for PlayStation consoles. Also in this data exploration, an image was found that supposedly refers to the future streaming game service from Netflix. This was revealed by Steve Moser of The Tape Driver website.

Ah, the white Twitter picture background is biting me again. This is the motto of "N Game". NFLX dollars pic.twitter.com/7STZYQ6I7m

The logo appears with the inscription "N Game", and the letter "N" is identical to the letter that makes up the Netflix brand name. Therefore, we can conclude that the service will be called "Netflix Game" or only "N Game".

Another screenshot shows two PlayStation 5 controllers floating on a purple background with bubbles all over. However, the image does not contain any logo or reference to the movie and series streaming platform. But, as mentioned above, these are images that are in the service application. 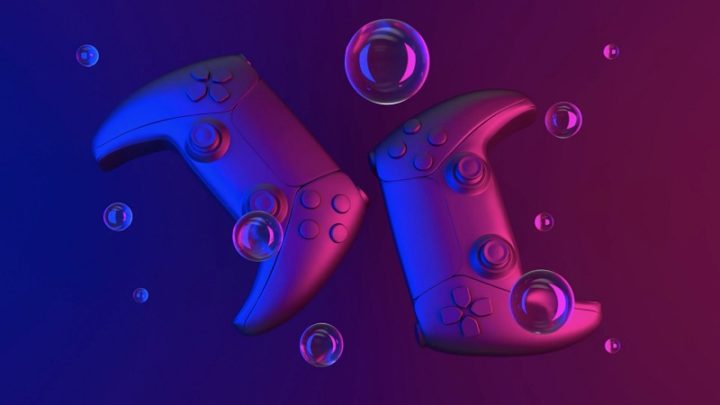 At the moment, there is no official information about this potential partnership between the popular streaming service and PlayStation. But let's wait for more news on this topic.