Scottie PippinHe probably won’t like this – his Miami ex-wife seems to be getting comfortable with his old teammate’s son…and not just any teammate, he’s Michael Jordan.

Larsa Pippen On Sunday he was seen at Zuma Japanese Restaurant – a Japanese restaurant located in the heart of the city center – with nothing but Marcus Jordan …and we were told that the two were on a double date of some sort with another couple at their table.

TMZ has gotten photos of the couple sitting next to each other during lunch, and it looks like they’re leaving too – with the LP leading the way and Marcus closely following him.

Eyewitnesses told us they stayed there for about 45 minutes, and there were no visible signs of PDA among them. However, our sources say Larsa looked like she was trying to keep a low profile and got a little skittish when she realized people had spotted her/were taking pictures.

She was in town this weekend with her girlfriends, and she hosted a kind of re-opened retail store in Aventura Mall…which is well documented on her social media.

What didn’t emerge, though, was who might have been in its orbit — and now, it looks like we know… the second-oldest Mike was marking his length. The age difference is not as drastic as is usually the case with potential Larsa SOs. She’s 48, and MJ is 31… so 17 is more or less. 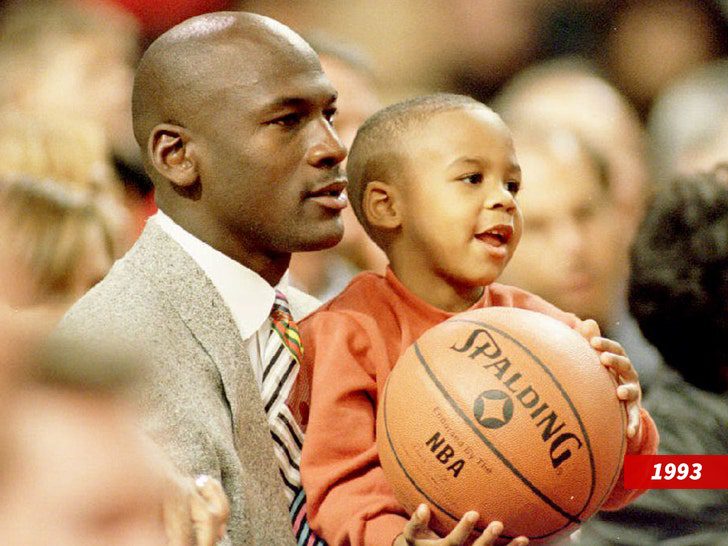 She’s been living her best single life for a while now – and has been rumored to have been romantically linked to a number of men in their twenties over the past few years or so…including Ben SimmonsAnd the Harry Josie And more, married Owner Beasley.

Of course, she and Scotty are no longer together… they never age, so no harm or no harm. However, this sting should be a little bit – assuming she, in fact, sees Marcus.

As we’ve seen over the past year and it has changed…there are still a lot of tough feelings between Scotty and Michael dating back to years when they were on the Bulls together. And obviously Marcus himself was around at the time during his father and Scotty’s heyday in the NBA.

So, yeah… a little embarrassing to say the least.