It is the most powerful and smartest model the company has ever designed, capable of identifying, removing, measuring and counting microscopic dust particles.

The Dyson V15 Detect Cordless Vacuum Cleaner is designed to make hidden dust visible down to 10 microns. In addition, it is equipped with a piezoelectric sensor to provide scientific proof of what is being absorbed. Designed by a team of 370 engineers worldwide, the Dyson V15 Detect is equipped with a Dyson Hyperdymium motor, which generates up to 240 watts of suction, as well as a five-layer filtration system that captures 99.99% of dust particles down to 0.3 microns for deeper, more powerful cleaning.

The laser dust detection technology powering the V15 Detector identifies particles that are not normally visible to the eye using a precision-angled laser built into the brush. The idea was born when a Dyson engineer saw these airborne particles inside a home glow in the sun. From there, the research phase began to find out how to apply this phenomenon to the invisible dust found on the floors of the house. The team conducted lab experiments using different types of lasers, to see how they could achieve this result, and then this new solution was born. 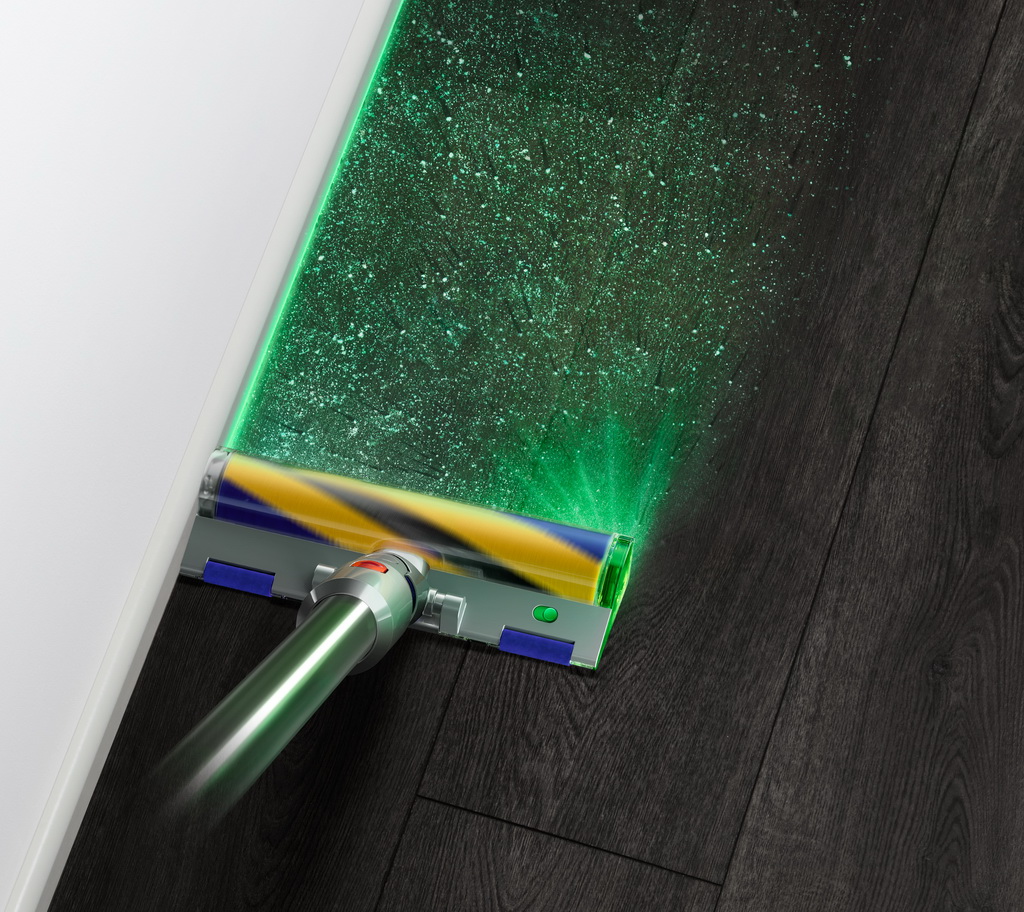 Dyson engineers have integrated a green laser diode into the Slim Fluffy brush by positioning it at a 1.5 degree angle with a precision of 7.3 mm from the ground. The color was chosen for its ability to create greater contrast, revealing dust hidden on the Earth’s surface that is normally invisible to the human eye, for easier identification and removal. 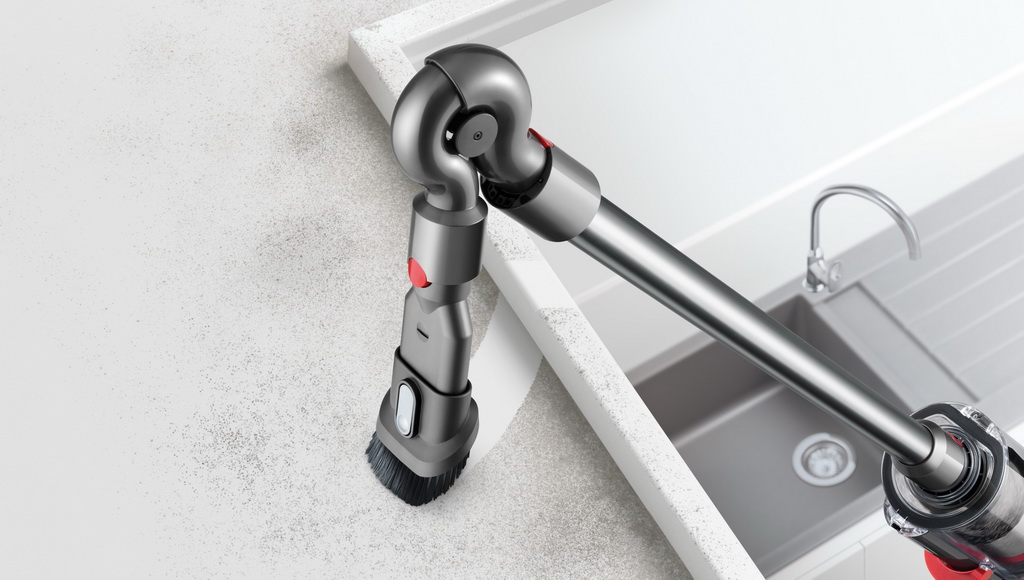 The new Dyson vacuum cleaner is designed to automatically increase suction power in the face of more dust. This occurs when the piezoelectric sensor detects high concentrations of dust, but if the dust level is normalized, the suction force returns to its previous level.

Dyson engineers have also worked to solve the problem of tangled hair on the vacuum cleaner’s brush. The new tapered anti-tangle brush guides the absorbent hair directly into the container, in a spiral motion, preventing it from getting tangled in the head. Designed for human and animal hair, the precise angle of the device’s bristles has been carefully developed to ensure the separation force does not tangle the hair. The brush has been tested on different types of hair. 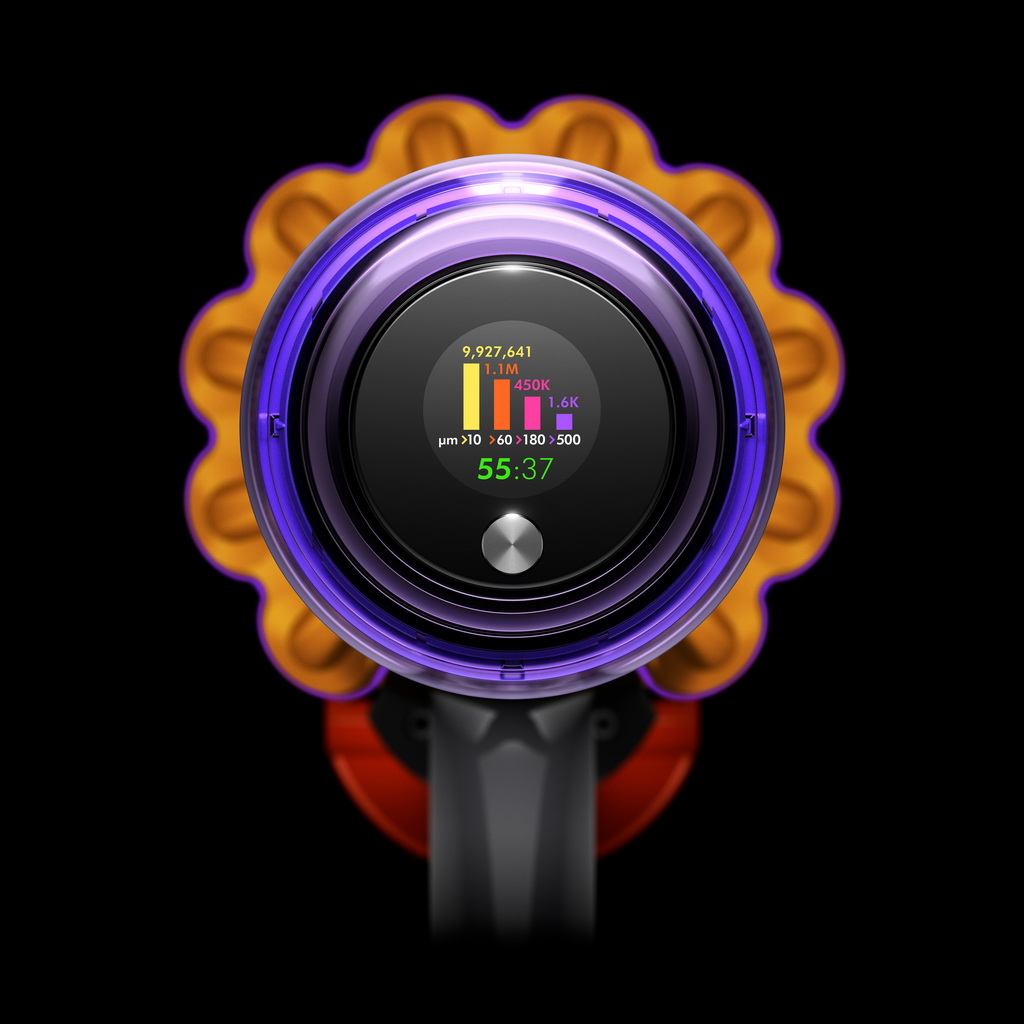 The High Torque brush has also been renewed with anti-tangle technology. Now it consists of 56 pieces of polycarbonate, resembling a comb. These teeth prevent the bristles from getting tangled around the bristles during brushing and automatically remove hair from the head.

The Dyson V15 Detect is equipped with Dyson’s advanced 5-layer filtration technology that captures 99.99% of particles down to 0.3 microns to expel fresh air. Dyson’s Cyclone technology effectively separates dust and dirt from floors and other surfaces, and a complete seal ensures the unit does not bounce back into the air. 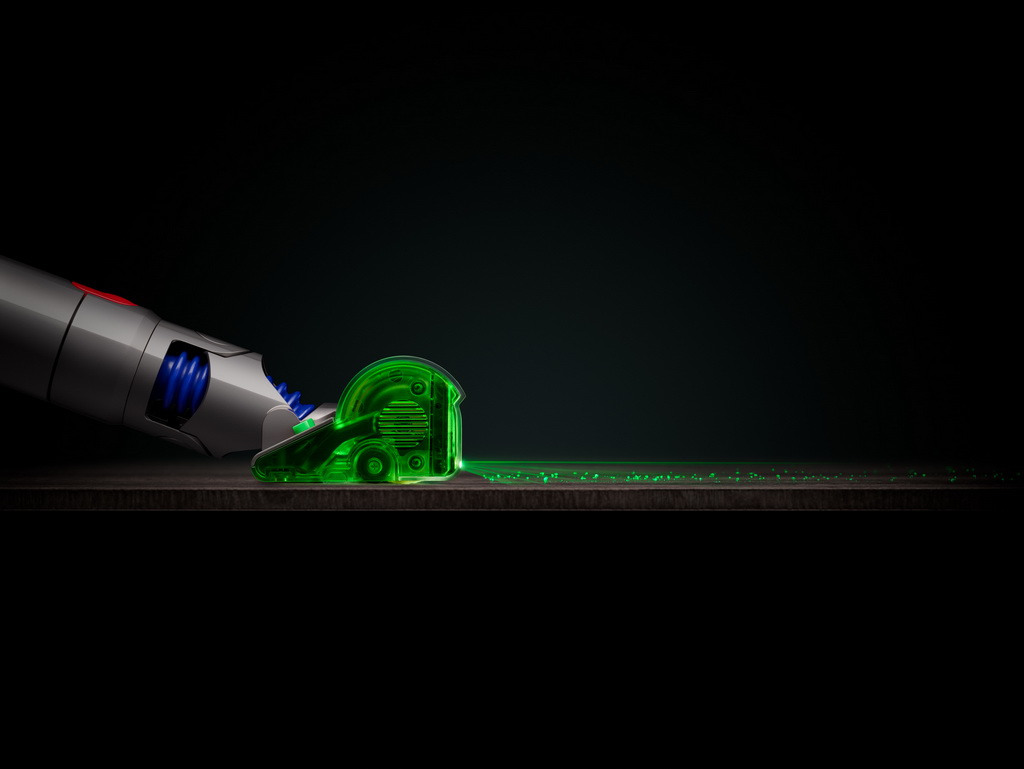 In addition to the new V15 Detect, Dyson has introduced two other sizes, one smaller and one larger, adapting to every type of home. Dyson V12 Detect Slim (small format) and Dyson Outsize (large format).

The Dyson V12 Detect Slim is the lightest cordless vacuum cleaner, with 150W of suction power. It is equipped with Fluffy brush’s built-in laser technology as well as Dyson’s flagship technologies. In addition, instead of the trigger, the device is equipped with a single on / off button that allows you to change hands during cleaning between obstacles, which makes the cleaning process easy and smooth.

The Outsize vacuum cleaner is now part of the Dyson cordless vacuum cleaner line. Designed to clean larger areas with larger amounts of dirt, with a 150% larger container and a 25% larger brush with extra-large torque. Its extra large format is ready for challenges of any size. Additionally, the Dyson Outsize is equipped with a Fluffy brush with laser dust detection.