Only the supposedly unsolvable state of the University of Colorado Museum provided the impetus to move the invaluable remains of Triceratops to digital immortality. With the help of Artec 3D handheld scanners, the project was carried out on a prehistoric scale and a complete dinosaur skull was digitized. 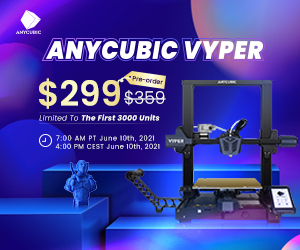 Digital immortality thanks to Artec 3D’s 3D scanning technology: Dinosaurs have fascinated researchers and scientists for centuries and continue to inspire millions of people around the world to this day. Thanks to modern 3D scanning technology, the well-preserved remains of Triceratops from antiquity have now reached a state that only a few dinosaur fossils can achieve: digital immortality.

The skull of the herbivore was discovered near Lance Creek, Wyoming, in 1891 and exhibited at the Smithsonian Institution in Washington, D.C. until the late 1970s. It was then loaned to the University of Colorado Museum (CU Museum), where it is still located. The CU Museum in its current form is literally built around this skull.

The Smithsonian Institution made an estimate to determine the cost of demolishing a wall in the CU Museum, removing the skull, and shipping the skull back to the Institute as the skull is owned by the Institute. But the whole procedure turned out to be very expensive and risky. Nick Conklin, 2nd Application Architect at Artec Gold Certified Partner 3D printing in Colorado He says that because of this, the skull will remain there for the foreseeable future. However, the latest 3D scanning technology has opened up previously unimaginable possibilities.

In January 2020, Conklin and colleague David Cano visited the University of Colorado Museum of Natural History for the first time. On the way to the museum, they caught the eye of a triceratops skull and Conklin was directly interested in scanning it. Dr. William Taylor, curator of archeology at the University of Colorado, already knows each other Artic Scanner He went out and was interested in a demonstration at one of his courses. He wanted to show his students what was possible using scanning technology.

Beginning of the Prehistoric Dimensions Project: Digitizing a Dinosaur Skull

Time and labor savings expand the academic framework for lectures

In an evening session presented by Dr. Taylor’s triceratops skull was examined in 45 minutes In the meantime, the process was explained to the students in detail. So it was a combination of show and lecture. The university’s journalism department, CU Media, soon became aware of the survey demonstration. She wanted to take photos and videos of how the dinosaur was captured.

The second time a ladder was used to help. This brought up some details that had previously escaped scans. General conditions were noticeably better due to the elevated position. The examination took a total of 30 minutes, while the file Processing in Artec Studio It was completely completed within two hours.

Most areas are also accessible from Earth. Artec Leo’s field of view and easy data acquisition have made it a lot easier. The Artec Leo 3D scanner is as easy to use as the video function of a smartphone: the scanner has a display where you can see if all surfaces have been scanned and the possibility to add missing areas if necessary. The 3D model It is generated in real time while scanning. Even while the user is standing on the ladder and explaining the process to his audience, he can focus his full attention on the examination and the item. With any other scanner, this approach would have failed because it would have required more focus.

According to Conklin, the recorded data was significantly better when using the ladder, as he was able to scan both the back and the top of the skull from all angles.

From research to simulation – Scan offers a wide range of applications

Now the main attraction of the museum is not only digitally accessible – scanning can also be used at any time by many other colleges and departments for teaching or professional purposes. The 3D file is very versatile, especially in times of home office and remote work, for example for conducting simulations or using it for research purposes.

Digitization is necessary not least to support research work. Another reason is the easy handling of this object and that all over the world – it is available to everyone at any time.

With a scan, the dinosaur skull can be measured, researched, preserved and made available all over the world – the possibilities are endless. It can even be used as a CGI template for the upcoming Jurassic Park movie or video game.

History can be preserved and only one at the beginning of what will be possible in the future. Today we can receive things that usually fall victim to time or circumstances – the relentless ravages of time. By digitizing it, it is as if the clock could be turned back.

The original owner of the dinosaur skull, the Smithsonian Institution, is currently studying making a mold and making a copy of it. Because he now has high-precision measurements of many of the organic surfaces of the skull that were not there before. Without a 3D scanner, it would have been impossible to create a digital 3D model of the skull.

Disclaimer: This article was created as a “Sponsored Article” as part of a partnership between Artec 3D and 3D-Limitless Magazine. Artec 3D is responsible for the content of texts and images. You can find more reports on Artec 3D on the topic page.