Even the cave in the Stone Age was already the jewel of the family: through frescoes and animal skins, each family tries to make their cave more beautiful than all the other families in the area. But the valuable skins and paintings of the cave are desired by everyone! Whoever manages to skillfully design his cave will be rewarded with victory in the end.

Asmodee gave us “Prehistories” for a review.
This has no bearing on our rating!

From two to five people choose a three-dimensional cave of the desired color and take the corresponding game material. 3D caves are slightly different in the starting structure, which makes the beginning of the game diverse, but does not lead to unequal opportunities for play. 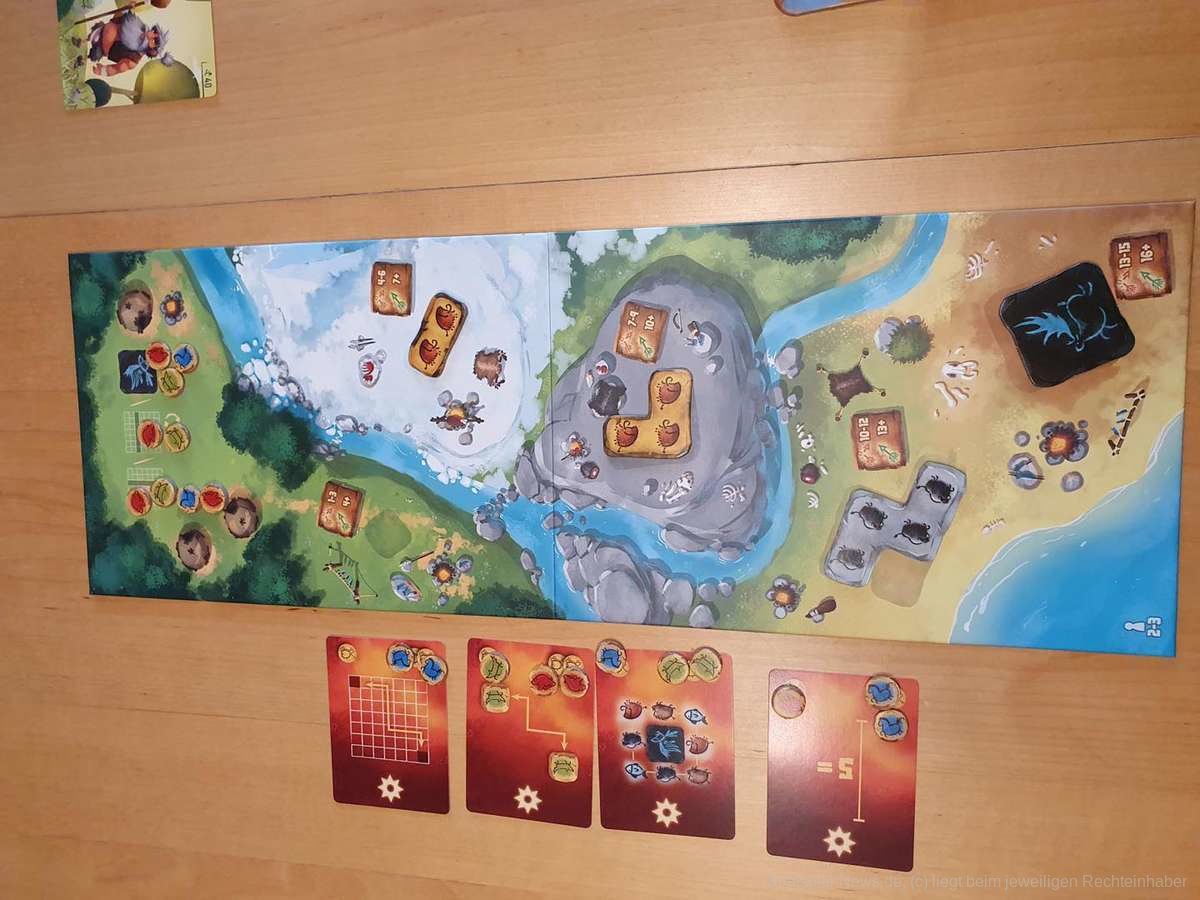 Animal tiles are sorted by size and placed next to the game board. Before the game begins, an animal piece is placed on the appropriate space on the game board. There are two different shapes for the four animal tiles, and they are both used equally.

See also  The web team surreptitiously dropped a picture of the buyer, and we can't stop staring

Everyone takes three cards from their matching deck. The remaining cards are placed as a drawing pile next to your 3D cave. Now everyone starts at the same time and decides who starts the game.

The movement consists of two parts chasing and laying tiles. 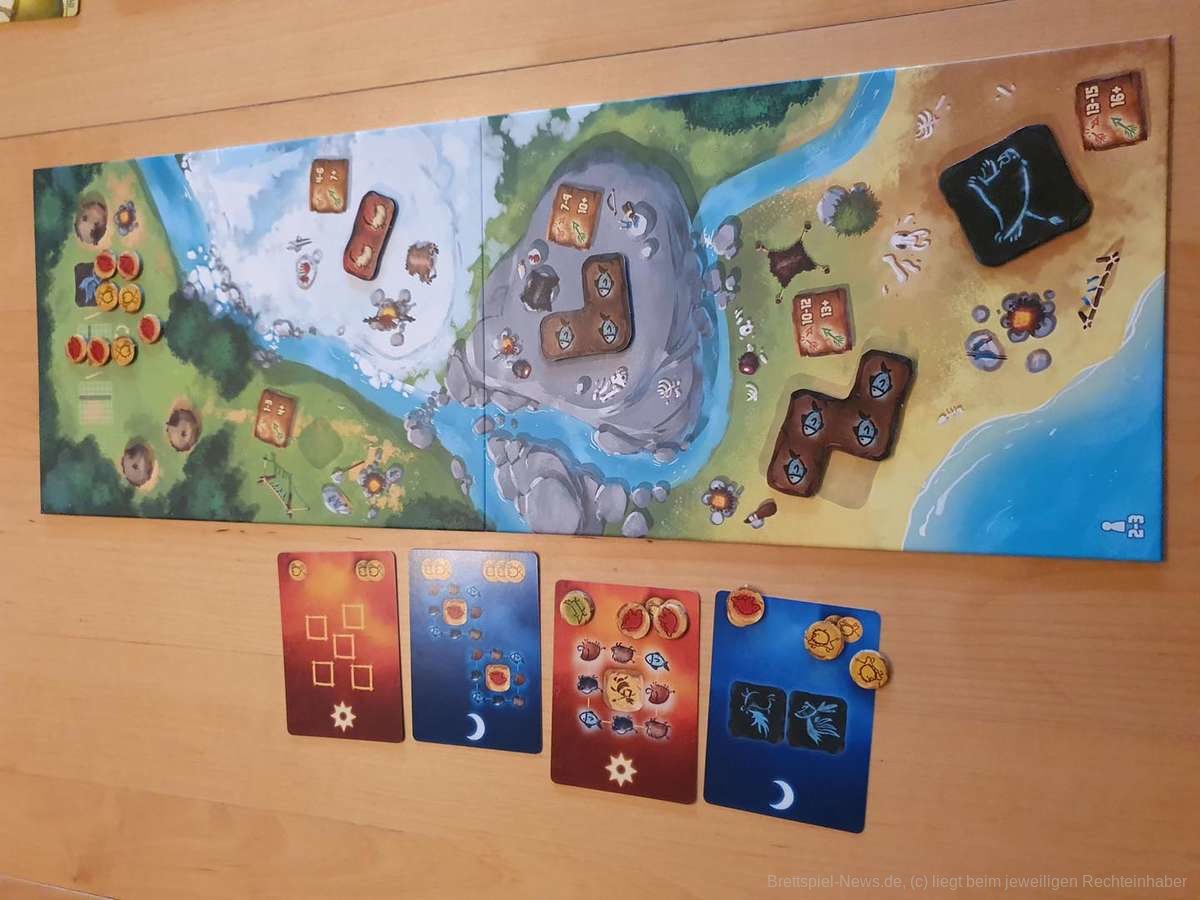 Their respective catch values ​​are printed next to the animal squares on the field. You must specify at least these values ​​on your hand card (or several cards together) in order to capture this animal. The value behind the green arrow indicates the value by which an animal tile can be captured without penalty. A lower value behind the red broken arrow indicates that tiles can also be taken with a lower card, but this means that one less hand card can be drawn for the next round.

Hand cards are drawn immediately after the catch. 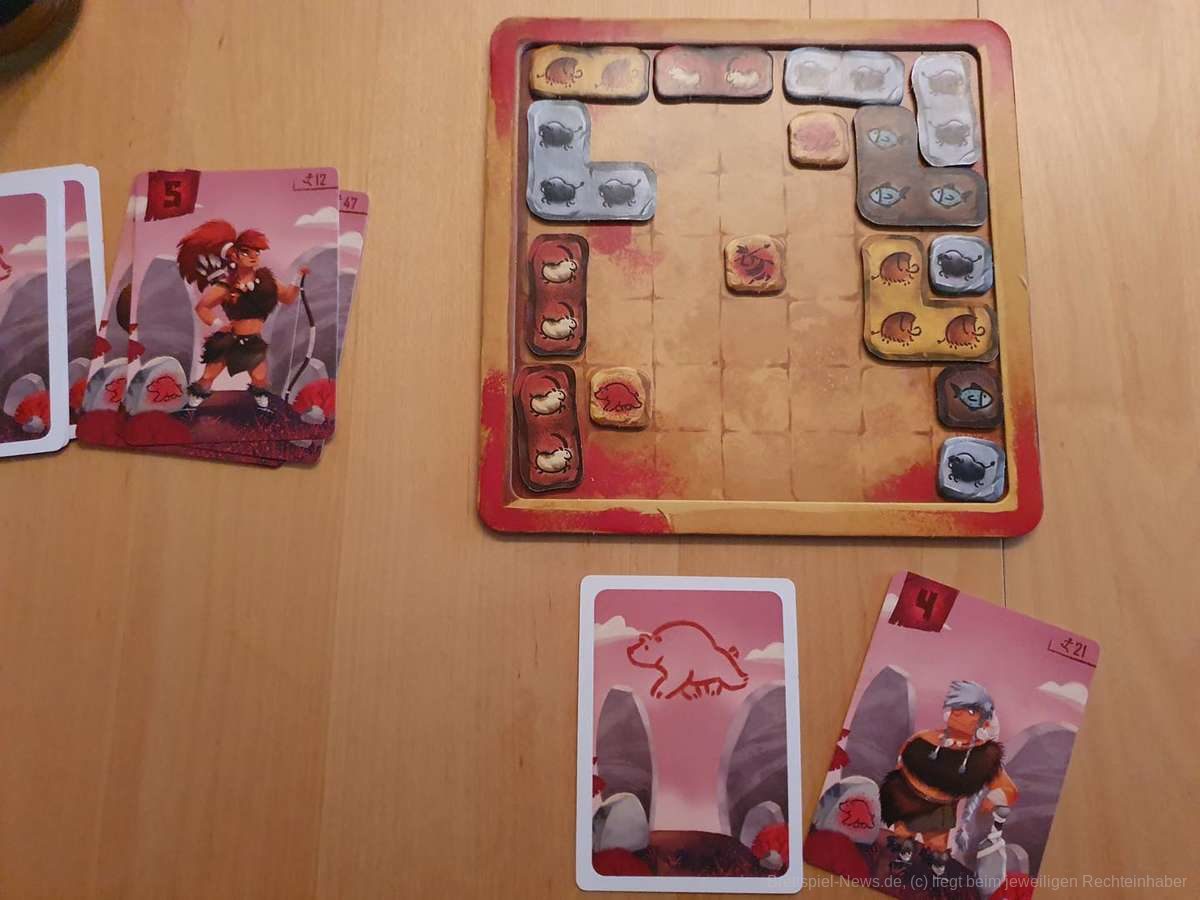 Place the tiles in the 3D cave

In the first turn, the first tile should definitely be placed with a part of the tile in the first column from the left. The tiles are printed on both sides and can also be rotated and placed in the cave. However, the animals depicted on them must always be used in the correct manner, i.e. the feet must always be pointing downward, and no animal may be used laterally or upside down.

From the first tile laid, all other tiles must always be adjacent to the tiles already laid. Tiles may only be placed inside the 3D cave and may not protrude beyond the edge. Likewise, the squares should not overlap. Strongly drawn hands in 3D caves indicate rewards. 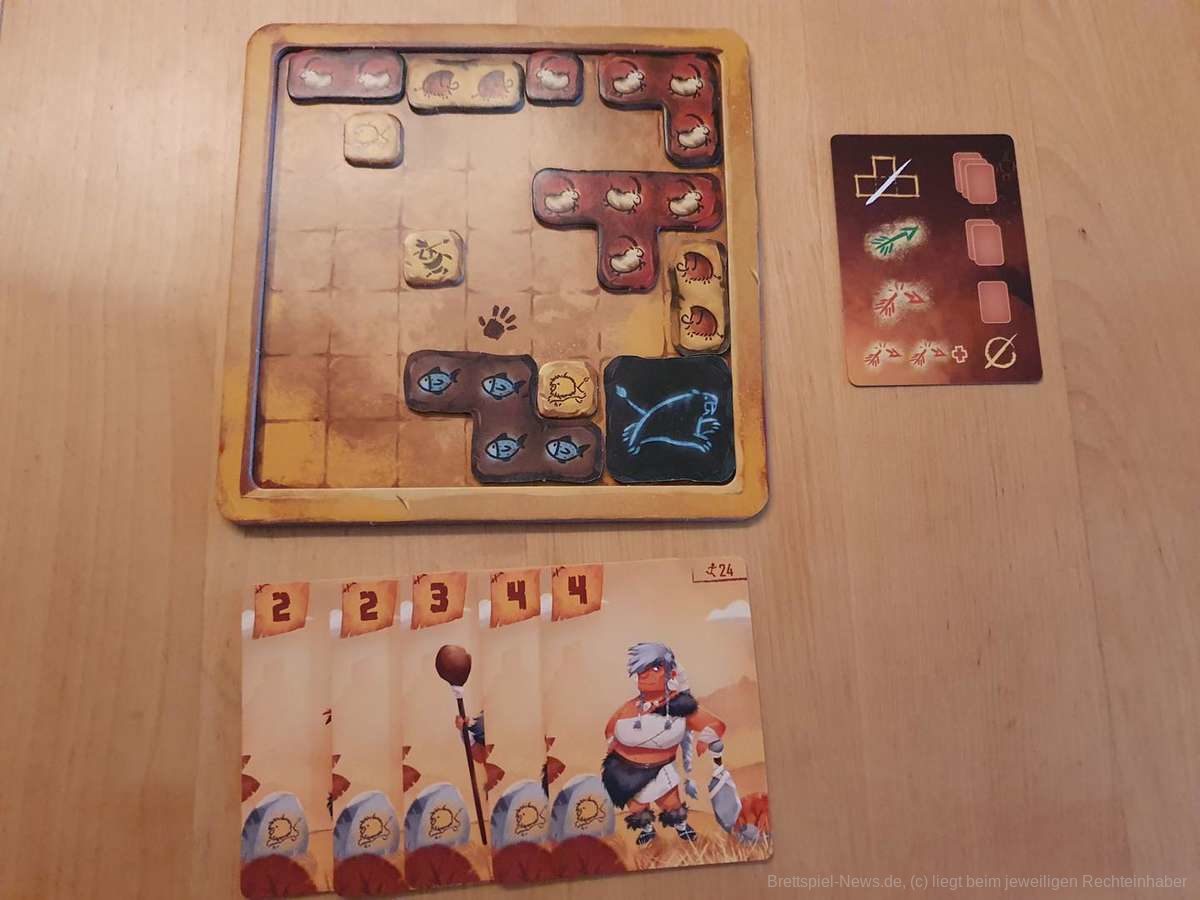 In subsequent rounds, if a goal is achieved by placing an animal piece – either the targets printed on the game board or the red/blue target cards laid out – the corresponding number of colored totems for the person are placed on the target or target cards.

Now all the people are filling their caves one by one and trying to orient the position of the animal tiles towards the targets shown.

The game ends when the first person places all their totem squares on the available targets. Then the round is no longer played until the end. The game ends immediately. Draw is not possible.