American author Steve Finn, who is still unknown to us, publishes and sells under his own label, Dr. Vin games, a growing number of well-designed games, which, if you believe the reviews on well-known (mainly English-speaking) board game portals, cheerfully deliver what they promise. One of the most successful games is Biblios (Iello), whose Roll & Write version was available with the addition of Quill and Parchment and .

In Biblios Quill and Parchment 2-4 players attempt to gain influence in eight short rounds of dice, which they later use to affect specific dice, helping them become (more) powerful in the form of victory points.

This is how Biblios Quill and Parchment works

In the four rounds of Period 1, players make two rolls, three books and one travel dice. Note the scores or mark them on special bars on their player boards. The effect is summarized in the four rounds. For book cubes, the colored columns are gradually crossed from bottom to top in order to get the majority here. The Travel Cube allows the novice to navigate a very small map on which you can mark your way.

This type of rolling ends after four rounds. You will not get more effect. Conversely: You can now display this as pieces in the remaining 4 dice rounds in order to get dice and other rewards. As before, it is about the book cube but now it is also a special cube in which the value of knowledge areas (books) can be increased or decreased. Of course, these values ​​are also shown as cubes.

Finally, there is a dice token for the church, where you can approach the altar cube with the cube and collect points and other rewards.

After less than 30 minutes, the Biblios Quill and Parchment ends and the winner is the one with the most victory points in all categories (Book Columns, Hiking Beginner, Residual Impact and Chapel). 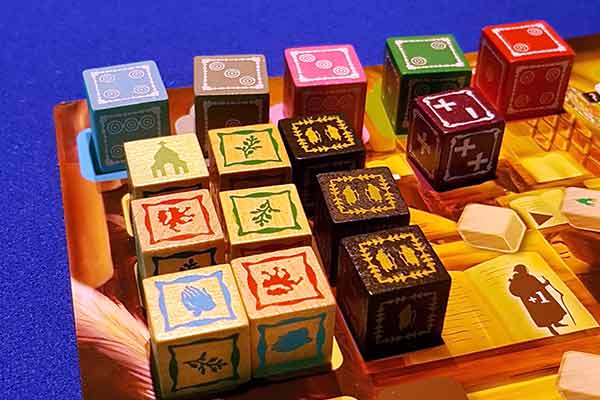 If the dumb pandemic has anything positive, it’s that you’ve tried and learned new games on digital gaming platforms. So did Steve Fenn’s games. We actually only played Nanga Parbat and only found Biblios because of the inconvenience.

We also liked the Biblios Quill and Parchment a bit. This is primarily due to the beautiful and high-quality game materials: various dice and five erasable player boards along with the corresponding pens. The impact path on the canvas is a bit winding, and therefore it is not presented in an obtrusive and clear way. But already with the second pass, you no longer make a mistake when entering numbers.

The game instructions (in English) have a few words to choose from; Otherwise, school English is sure to get you into the game. Except for one question that wasn’t entirely clear to us (does the rule for unusable cubes apply to both terms?), I didn’t find any grammar gaps. 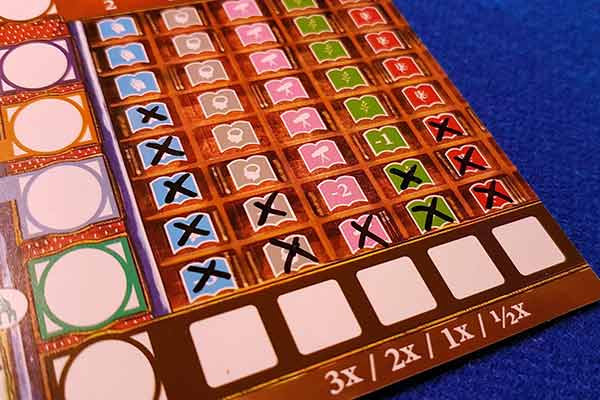 Technically, the game does not place any great demands on the players. In the first four rounds, do nothing more than enter the results of the dice. Only in the last four rounds, where you can choose a row of several sets of dice (depending on how much impact points you show), is something like tactics implemented. You try to increase the dice of values ​​that fit the series or series of books in which you are strongly represented and decrease the other values. In most cases, the outcome of the dice can be modeled to some extent based on up to three allowed rolls. But as with dice: if you are unlucky, you are unlucky.

Observing your opponents should give you insight into which book color you should prefer. And if playing dice, you can steer a bit here. So Biblios Quill and Parchement is quick and easy to play, and maybe a nice change to a train ride if you have enough space for a board. Incidentally, there is also a variant of the train journey alone which I found less attractive. As a quick end to a long evening of gaming, I’d suggest it too. However, since the tactical elements are also straightforward and there is virtually no interaction, the game’s appeal is in the mid-range. I think recommending 14 (+) is too much. 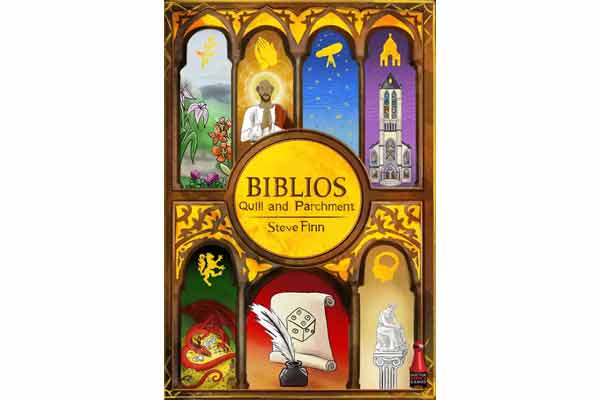 Steve Finn, who is actually a Professor of Philosophy and therefore also published “Doctor” in his publisher’s title, also an American author that offers a bunch of board games on his homepage which I really like because of their design. Unfortunately, I haven’t been able to play any of them yet, which is also due to the fact that Finn is very cautious about exporting games to Europe. However, the French publisher Iello distributed his book The Biblius and sold more than 40,000 copies in different languages. I made a note from the publisher for the next game gallery.

“Time Dilation” – Our perception of time has slowed down

Hugh Jackman reveals that his beloved dog, Dali, died a month before his twelfth birthday