In order to provide quick and easy processor access to standard machines, Arburg, Lossburg, has been producing Gold Edition and Golden Electric Series Allrounders “ready to use” since 2021. Since Technology Days 2022, all European users of the arburgXworld customer portal have been able to use the new Ready2Go app to view List of available warehouse and showroom machines and corresponding request for quotations, thus obtaining all new machines within three to four weeks to obtain them. 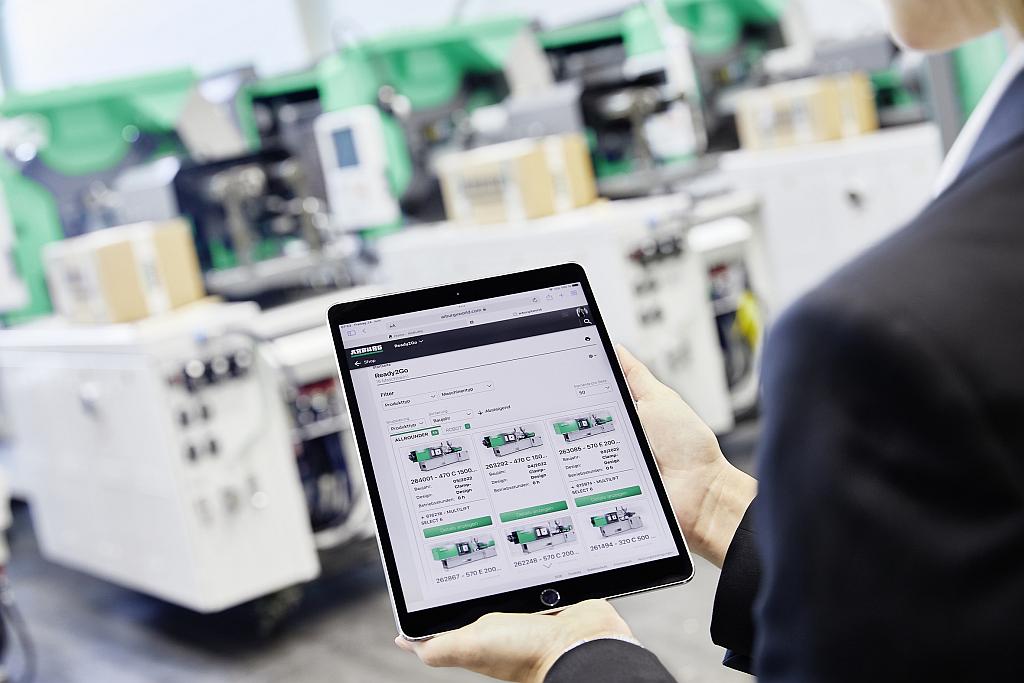 With the Ready2Go application in the customer portal, it is possible to order injection molding technology from Arburg quickly and easily. Photo: Arburg

The application currently includes new hydraulic and electrical machines of the Golden Edition series and the Golden Electric series with the same basic technical equipment. If required, interested parties can have additional functions such as additional core pulling, more die heating circuits or a specific drum unit added to all ranges offered from a selection of available options. In addition to new machines, the app also lists refurbished machines and exhibition machines. These include comprehensive games, which in Arburg for example B. was used in in-house productions, at trade fairs or in a customer center. The Ready2Go range is complemented by automated systems such as the Integralpicker V and Multilift Select.

The new Golden Edition and the new Golden Electric were initially manufactured with standard specifications. They are then taken to the Ready2Go overview, which Arburg sales staff had previously had access to. It can now also be viewed by all European arburgXworld users via the Ready2Go app. They log into the customer portal as usual, select a device and can directly make an inquiry to receive their individual offer. After the final application is submitted, the Allrounder is customized at the Arburg headquarters in Losburg. Later, all Arburg customers will also be able to select Ready2Go devices available via the website.